Google states that its upcoming implementation “simplifies the user experience by reducing the friction users go through to use your [developer’s] code.” 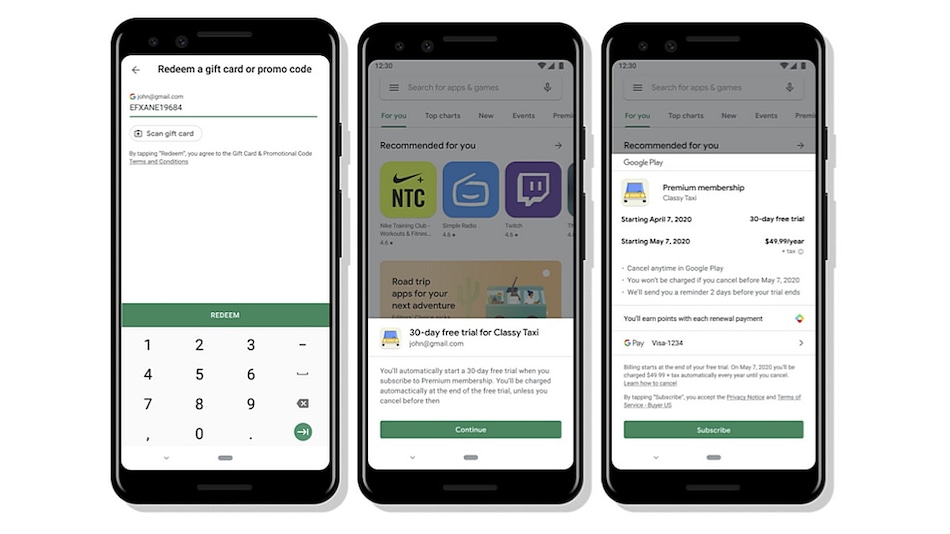 Google launched the first beta for Android 11 earlier this month and has started to detail the new features that will be included in the new OS version. Now, the search giant has revealed the addition of new subscription capabilities, including promotional codes or vanity codes that can be redeemed by multiple users. As per Google's blog, these codes are useful during marketing campaigns for developers to expand their reach. Google refers to these capabilities as a “frictionless redemption flow” to easily redeem codes on the Google Play store.

As per the blog post, the new subscription capabilities were announced at the Android 11 beta launch. Google states that with the new promotional code capabilities for subscriptions, promotions can be sent to a more targeted set of users. Building on the one-time promotion codes from last year, Google has launched a “new frictionless redemption flow” that is meant to allow users to easily redeem a code, purchase the subscription, and then install the particular app from the Play store. The search giant says this significantly simplifies the experience.

The Google Play store now supports custom codes also known as vanity codes that can be redeemed by multiple users. Google says that these custom vanity codes can be posted in advertisements or social promotions by developers and users can redeem these codes in a particular app. This can be done by entering the code in the payment methods screen. Once the code is entered, the user will be prompted to purchase the subscription and install the app.