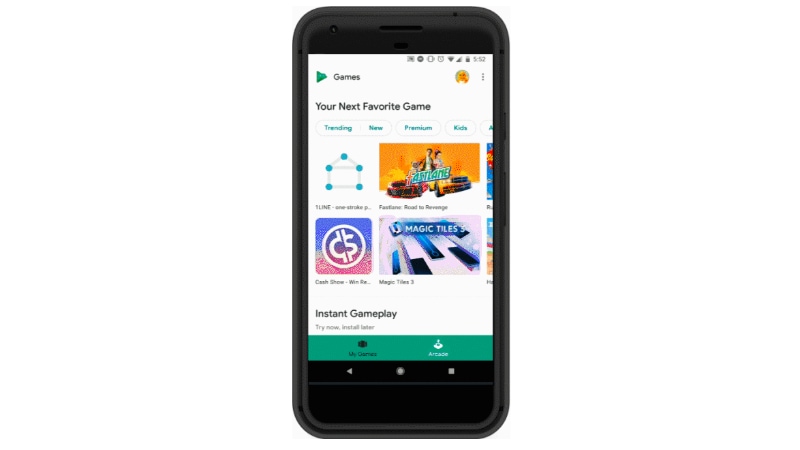 As we mentioned, Google has rolled out some new UI upgrades to its Google Play Games app and a new Instant category of games. With the update, the app now comes with an Arcade tab that lets users view video trailers, news, and walkthroughs of games to get an idea before diving into the gameplay. Tag search has also been updated with several filters that allow you to find games based on customised preferences. Other UI upgrades include full screen screenshots and a new drop-down menu to select device compatibility.