The apps on Google Play Store are reportedly compared based on features like ease of use, ability to play offline, visual quality, controls, and more. 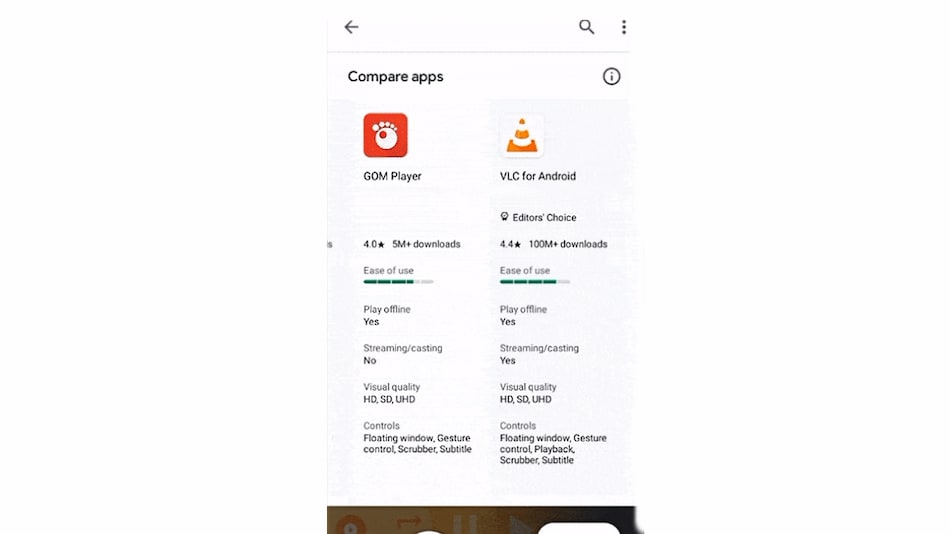 Google Play is experimenting with a new function to compare two or more apps by their features, as per a report. The ‘Compare apps' section appears on an individual app's listing towards the bottom of the page and displays other similar popular apps. The comparisons are based on features like ease of use, ability to play offline, visual quality, controls, and whether or not a particular app will cast content. This feature seems to be available only for limited users right now.

Android Police reported on the Compare apps feature being tested on the Google Play Store. There is no information so far about whether or not Google will roll out this feature more widely as it's a test feature. Compare apps was spotted on version 22.4.28 of the Play Store but not for all users. It appears as a section in a side scroll format.

Compare apps will be a helpful feature as it will allow users to directly compare various features in an app and decide which one to download accordingly. It will save users the trouble of opening each app listing individually and checking out the features it offers, and from downloading a few apps at once and checking how they fare.

The report notes that it is likely that the data displayed under Compare apps is based on user feedback, as Google often asks such questions when people leave app reviews.