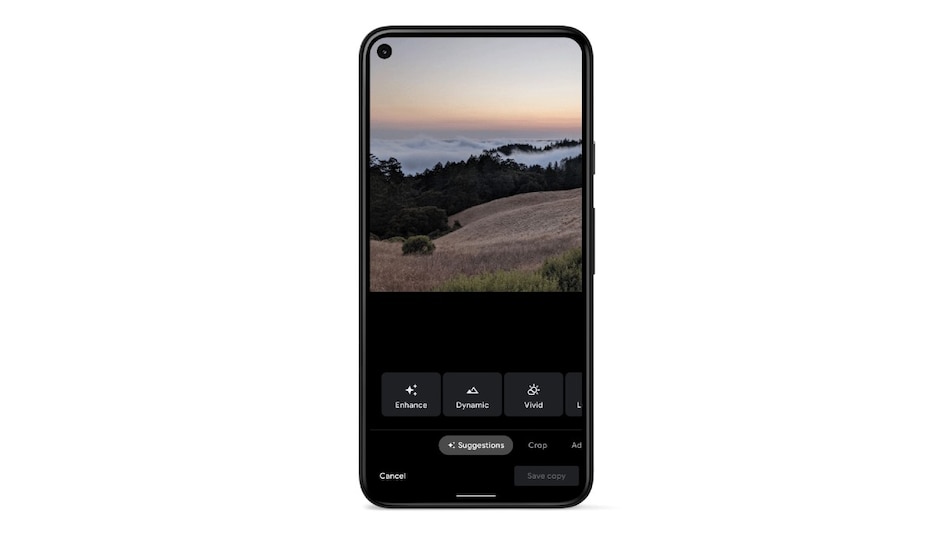 Google Pixel phones are getting new machine learning-based filters in Google Photos as part of the December feature drop. Back in September, Google had revamped the editing suite in Google Photos and introduced a tab called Suggestions that offered ML-based filters to edit the pictures natively. Among the new suggestion is a Dynamic filter, which is said to enhance brightness, contrast and colour for better sunset and sunrise images.

Google announced the new feature that enhances the capability of editing pictures in Google Photos in a blogpost, which also details other features and improvements coming to Pixel 3 and above phones this month. This includes a Dynamic filter, which enhances brightness, contrast and colour, along with a set of sky suggestions. Google claims that these filters will “help you create stunning sunset and sunrise images in just one tap”. The Suggestions tab offers a set of filters that judge the image you are editing and make alterations automatically. Other filters in the Suggestions tab include Vivid, Luminous, Radiant, Ember, Airy, Afterglow, and Stormy.

9to5Google also reports that the December Pixel feature update also brings a new HDR filter in the Adjust tab. This tab has had options like Brightness and Contrast, but it now also has an HDR effect with a yellow dot — indicating that it is a new addition. Tapping on the mode will open up a slider to adjust the intensity of the filter between 0 and 100.

As mentioned, these two updates have arrived to Google Pixel phones as part of the December Pixel feature drop that also brings along a host of other new features, improvements, and the latest Android security patch. Some of the new features part of the December 2020 update include ‘Hold for Me', extreme battery saver, and contextual translation. The anticipated ‘Hold for Me' feature makes use of the Google Assistant when you are put on hold during a call. The Google Assistant waits on the line for you and lets you know when the other person on the phone is ready to talk.