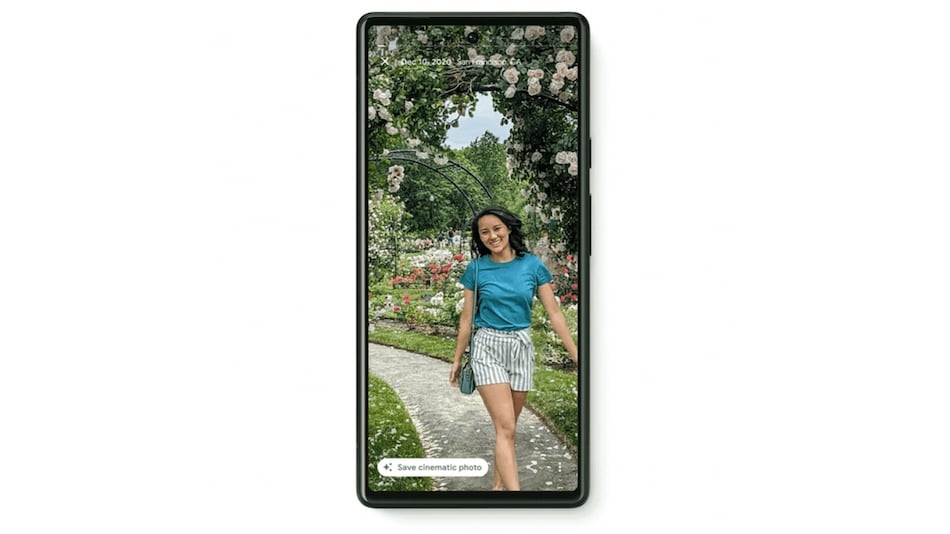 Google Photos Cinematic Memories will now fill in missing background details. Using machine learning (ML), the gallery app from Google will automatically select an image from the existing images and apply the effect. There is no way for users to manually select an image from their gallery to fill in the missing background details. Google Photos has also announced a new People & Pets widget for Android smartphones. Furthermore, Google's gallery app has shifted the memories carousel to the top of the photo grid.

The upcoming feature for Cinematic photos will automatically select an image from the gallery — mostly a portrait — and convert it from a 2D image into a 3D video with a slow panning effect applied to the subject. There seems to be no way users can manually select an image to apply this effect. To reduce the blurriness in the 3D video due to the parts behind the subject that couldn't be captured, Google Photos will try to fill in these background details using machine learning. It is being speculated that it may work similar to the Google Pixel 6 series' Magic Eraser feature.

Another feature that Google Photos has recently announced is the People & Pets widgets for Android smartphones. This will allow users to select friends, family, and pets and have them displayed on the home screen widget. Tapping the widget will open the Photos app to view more such photos and videos.

Google's Memories collection was also announced recently and it shows past memories and events to the users. The Memories appear in the Photos grid and can be renamed, personalised, corrected, and be removed. The Memories carousel — as Google calls it — will be visible at the top of the photo grid in the app. Additionally, users can also view their memories in the Nest Hub by heading to the Your day tab.