Google Photos Spotted Testing a Cleaner Interface for Its Editor

Google Photos editor's work-in-progress use interface appears to have larger labels and buttons. 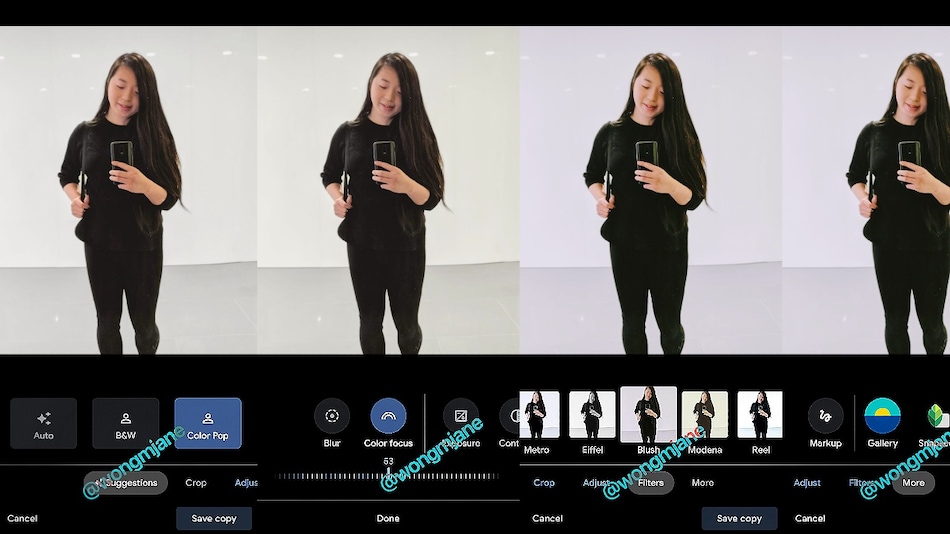 Google is reportedly working on a new user interface for its editor in Photos, which will have larger labels and buttons. This feature, which seems to still be work-in-progress, was discovered by app reverse engineering expert Jane Manchun Wong. Changes in the UI include settings such as exposure and contrast getting their own slider and an overall cleaner interface for editing photos. The redesigned UI seems to be currently available for testing to select users only, with no word from Google about when it will be rolled out.

Wong shared screenshots of the redesigned interface on Twitter, announcing that Google Photos was working on a new UI. The new interface brings Google Photos a step closer towards dedicated photo-editing apps. The redesigned UI looks more user-friendly, which could encourage people to edit photos in the app itself. Users can choose to save a copy of the photo that they are editing, so that the original copy stays unchanged. A user of a Mi 10 5G smartphone claimed to have received the new interface, so it's likely Google is beta testing the interface with some users.

There is now a dial of categories above the Cancel and Save options in the new Google Photos editor UI, unlike before. One of them is titled Suggestions, which probably contains recommendations on edits according to the app's artificial intelligence. The new interface has specific vectors that have labels as well as icons. The crop and angular adjustment options, which shared a tab in the old version, are split off into their own categories in the new UI.

Markup and the option to share the photo to third-party apps like gallery, Snapseed, and VSCO are grouped in a single category called ‘More.'
The redesigned UI could draw in more users to edit their pictures directly in Google Photos, and not rely on third-party apps to edit. Google Photos recently got a revamp, with a three-tab design and a server-side switch in order to give users a ‘simpler experience.'

There has been no word from Google about when this new interface will be available to everyone.