Google Photos Gets Archive Feature on Android, iOS, and Web 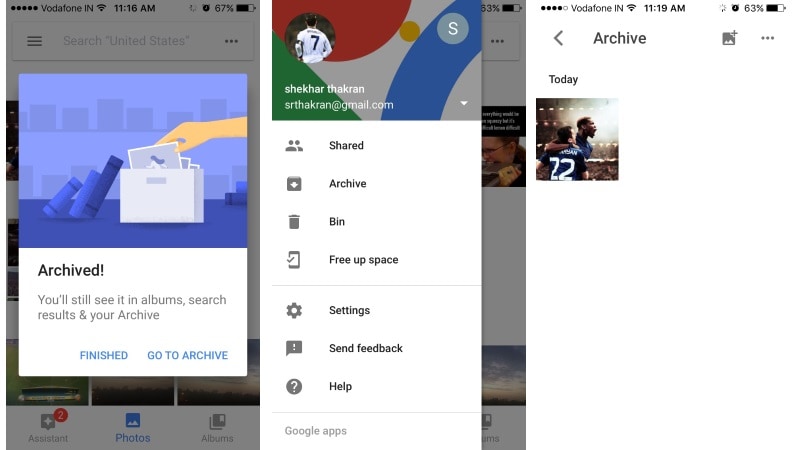 Google Photos, with its latest version 2.15 update, has finally received a feature that should probably have been present in the first place. Google has now added an 'Archive' feature to its Photos app that allows users to take out certain pictures from their image feed and place in a separate section inside the app.

In order to archive any image, users simply need to select the image and tap the three dots option present on the top-right of the screen. On tapping, users will get the option to archive their image. The archived images can then be found in the slide-out menu on the left side of the screen. Notably, the archived items will still show up in albums and search results despite being archived. One of the major advantages that come with this feature is that the image would be taken out from the main image feed. If you happen to hand your phones out to other people, this feature might save you from accidentally exposing private images.

The archive feature, spotted first by 9To5Google, has already been made available for Android, iOS, and Web version of the app. While this feature is not a substantial addition, it does bring a basic functionality to the app that should have been there from the very start.

Earlier this week, Instagram was spotted testing its own 'Archive' feature that allows users to temporarily hide their posts from the public. These pictures can then be brought back later or be permanently deleted as well. An Instagram spokesperson was quoted as saying that the company "will expand the availability of the archive option over the next few months as it continues to iterate on it." We were only able to see the Instagram Archive feature on the beta for Android.