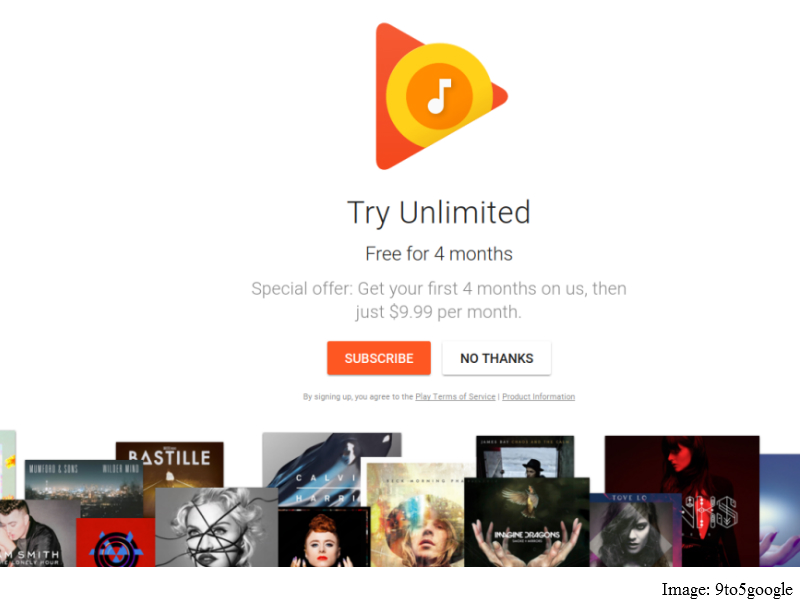 As part of its July 4 celebrations, Google has rolled out a free subscription offer for its select services. The search giant is giving away four months of free subscription to its new Google Play Music and YouTube Red subscribers.

The subscription for Play Music All Access generally costs $9.99 (approximately Rs. 670) per month. This gives you admission to the full music library as well as the newly launched YouTube Red service. Google is giving four months free subscription to Play Music, which means this deal is worth $40. Of course, post the four months offer, users will be charged the $9.99 monthly fee.

It is important to note that the offer is only applicable to US users, and has been rolled out by Google as part of its US Independence Day festivities. Current subscribers cannot avail this offer, and only new subscribers are entitled to it. This offer is also not applicable to all those users who had subscribed to Google Play or YouTube Red in the past, but discontinued the subscription. The Family Plan feature is also not active in this offer, and will only be available once the monthly fee gets introduced four months later.

YouTube Red, on the other hand, was launched only last year and is available only in New Zealand, Australia, and the US. It basically offers ad-free videos, new original series, and movies from top YouTubers. It also has features like the ability to download videos to mobile devices and have music playing in the background while using other mobile apps.