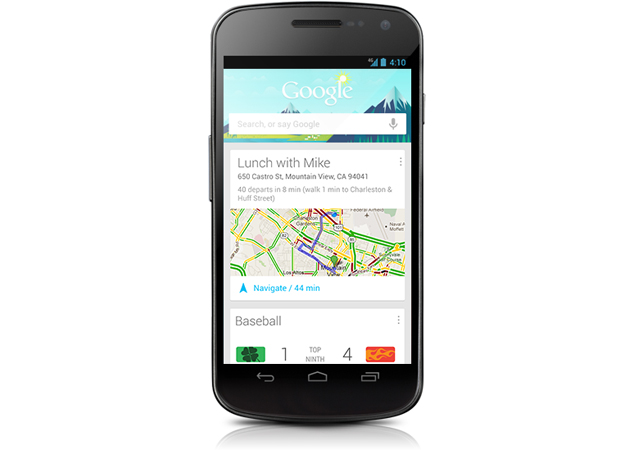 Off late, Google seems to be highlighting its Android Jelly Bean exclusive feature, Google Now quite a bit. After commercial aired during the Grammy's featuring Google Now on a Nexus 4 device, a Google Now widget has apparently been spotted online.

Folks over at Android Central spotted the Google Now widget on a Google support page, which reveals that Android users can add the widget to their home screen or the lock screen. It displays the summary of current Google Now cards based on a user's preferences.

To add it to their lock screen, users can touch the '+' icon and follow further instructions. For the home screen, The document guides users to "Touch the All Apps icon and swipe left until you find the widget. Then touch & hold the widget to activate a Home screen, and drag the widget to the location you want."

The document also reveals a sample image of the Google Now widget that depicts traffic, weather and stock exchange information. If users choose to tap a particular set of info, they will be directed to a larger version of that specific Google Now card.

Currently, there are no details regarding the availability of the widget and whether or not it will be a part of a future update on Google Play. The Verge, however notes, that the cached versions of the pages reveal that sightings of the widget weren't available "as recently as February 2nd." It also mentions that the widget reference pops up for the nexus 4, Nexus 10 and the Galaxy Nexus devices but not the Nexus 7 tablet.

Google recently showcased a commercial featuring Google Now on a Nexus 4 smartphone during the night of the Grammy Awards telecast.

The one minute commercial highlighted showed Nexus 4 users around the world - Chicago, Los Angeles, New York, Paris, and Tokyo - using their phone to get real-time updates about their commute, weather conditions, restaurant locations and on-the-fly translations. The tagline for the ad read as, "The right information at just the right time. Nexus 4 with Google Now."

Google has been highlighting its Google Now feature time and again. Recently, Francis Beaufort at Google+ spotted an image hinting at Google Now integration to the Chrome browser with a Notification Centre feature. This feature made an appearance in the latest build of Chromium, the open source project that shares code with Google's Chrome.

September 2012 saw Google Now getting free turn-by-turn voice navigation service and live traffic data in India, that utilises a user's web history and habits to provide them with the best possible information.

Here's a look at the new commercial for Google Now.