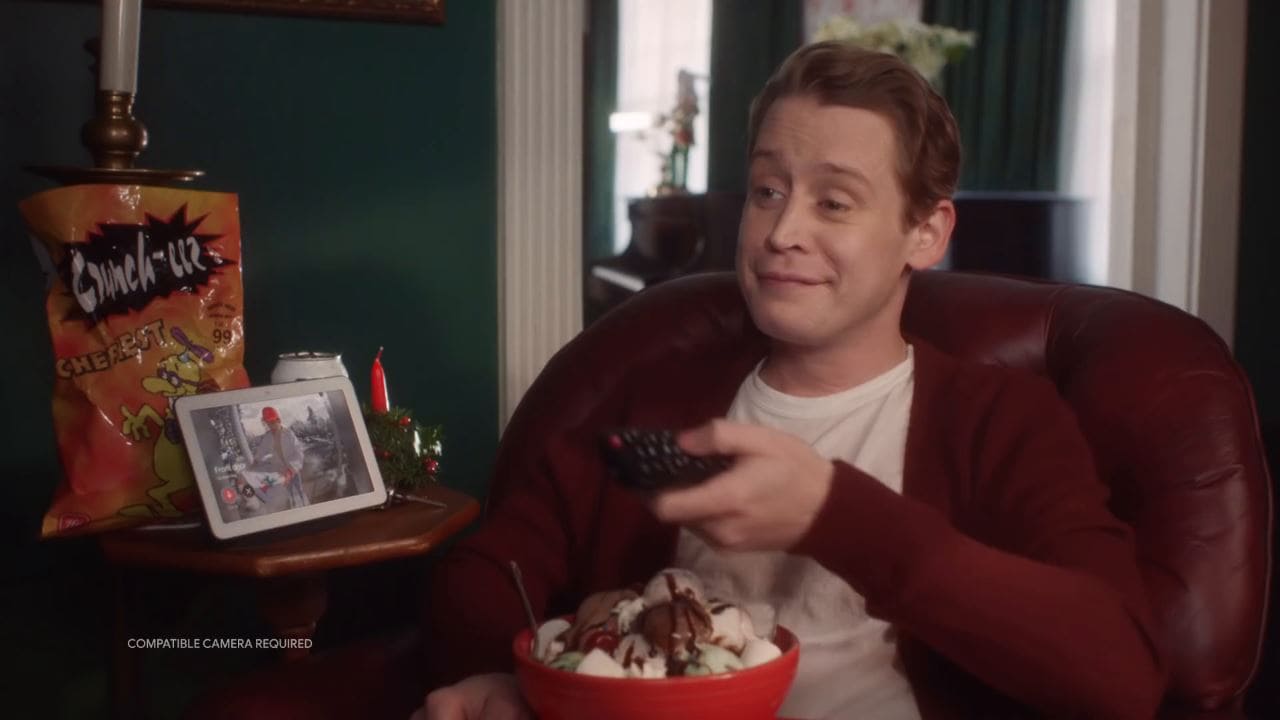 Google has released a new American holiday-season ad for its series of products — the Pixel 3 XL, the Home Hub, the Home Mini, and the Nest doorbell and thermostat — that brings back Macaulay Culkin as a much older version of his character Kevin McCallister from the 1990 movie Home Alone. It's a Christmas movie, this is a Christmas ad. Just like in the movie, Kevin wakes up to find his family is gone but except here, he has the company of the Google Assistant in every room, seemingly.

According to the new Google ad, the McCallister family didn't accidentally leave him behind this time though, as there's a calendar event called “House to yourself” in Kevin's Google Calendar account. Later, throughout the day, Kevin uses Google devices to add things such as aftershave to his shopping lists, set reminders that involve cleaning the sheets, use the Nest Hello video doorbell to talk to the pizza delivery guy, ask the Google-compatible thermostat to turn down the temperature, and make use of a custom routine — called Operation Kevin — that turns on the lights, locks the door, and moves around cardboard cutouts of people on Roombas to scare away potential thieves.

The entire one-minute ad is full of references to Home Alone, with nearly every shot — and some of the dialogue — being a recreation of the original from the movie. You can see those, and a making of the ad, over at Google's official blog, where it also announces that the Google Assistant is now powered with some Home Alone quotes, for long-time fans of the film. If you ask Google “How much do I owe you?”, it will respond with “Keep the change, you filthy animal.”, and shout “KEVINNNNNNNNNN” if you were to ask “Did I forget something?”

Swarm Fined $900,000 by US FCC for Unauthorised Satellite Launch
Facebook Said to Develop Stablecoin Cryptocurrency for WhatsApp Transfers in India