Google is also adding the ability to star important messages and Voice Access for differently abled. 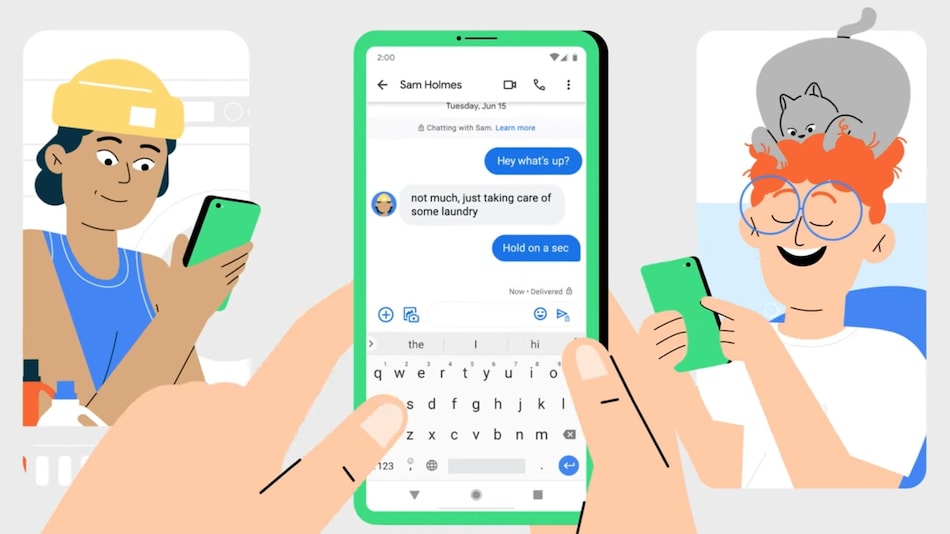 Google is adding seven new features to Android with an update. One of the most crucial features is the addition of end-to-end encryption to the Google Messages app, along with the ability to start important messages. Android smartphone users will also get improved emoji sticker suggestions on Gboard and earthquake alerts in more countries, among other features. These new features are a part of an update for Android smartphones that Google started rolling out on June 15, and all eligible devices should receive it soon.

The new features for Android were announced through a post on the Google Keyword blog. The post details that Android smartphones are getting seven new features with an update. The most crucial among the new features coming to Android smartphones is the end-to-end encryption on the Google Messages app for users who have the RCS (Rich Communications Services) SMS protocol enabled. But the end-to-end encryption will only apply to one-on-one conversations and not group chats. Users will be able to see a lock icon on the send button, confirming that the chat is encrypted.

Additionally, Google is also adding the ability to star important messages on the Google Messages app. These starred messages can be viewed at a later time by going in the Starred Messages category on the app.

Google is also rolling out earthquake alerts for Android users in more countries. The search giant has built an earthquake detection network for Android. "With this free system, people in affected areas can get alerts seconds before an earthquake hits, giving you advance notice in case you need to seek safety." While the alert system is already available in Greece and New Zealand, it will now be available for users in Kazakhstan, Kyrgyz Republic, Philippines, Tajikistan, Turkey, Turkmenistan, and Uzbekistan. More countries are expected to receive it soon," according to the blogpost.

Gboard is also getting an update after which it will provide users with suggestions for emoji stickers based on the context of the last message sent. It is currently being rolled out for Gboard beta users and will be rolled out for all Gboard users soon. You can also enrol for Gboard beta.

Google Assistant will now be able to open and search through many third-party apps with the user's voice commands without opening these apps. For example, users can say things like "Hey Google, check my miles on Strava" and the Assistant will show their weekly progress right on the lock screen without jumping to the Strava app. To check out more such commands, users can use the command: "Hey Google, shortcuts."

The search giant is also trying to improve navigation across Android devices and apps for people with motor disabilities with Voice Access. It's introducing Gaze Detection that can tell if a person who uses voice to navigate the phone is talking to their phone or other people. "With gaze detection, now in beta, you can ask Voice Access to work only when you are looking at the screen — so you can naturally move between talking to friends and using your phone," says the blogpost. Voice Access will also let you input letters, numbers, and symbols to make password entries easier.

Lastly, Google is also improving Android Auto by adding more customisation options. Users can now personalise the launcher screen directly from the smartphone and also manually adjust for dark mode. Google says browsing also becomes easier with a new 'back to top' option and an A to Z button while scrolling. Google is also adding EV charging, parking, and navigation apps to Android Auto. Users will also be able to read and send messages directly from apps such as WhatsApp or the Google Messages app. This feature will be available to all users globally.