Multiple hosts support will be rolling out in the coming months, enabling users to partner with other people to manage a session. 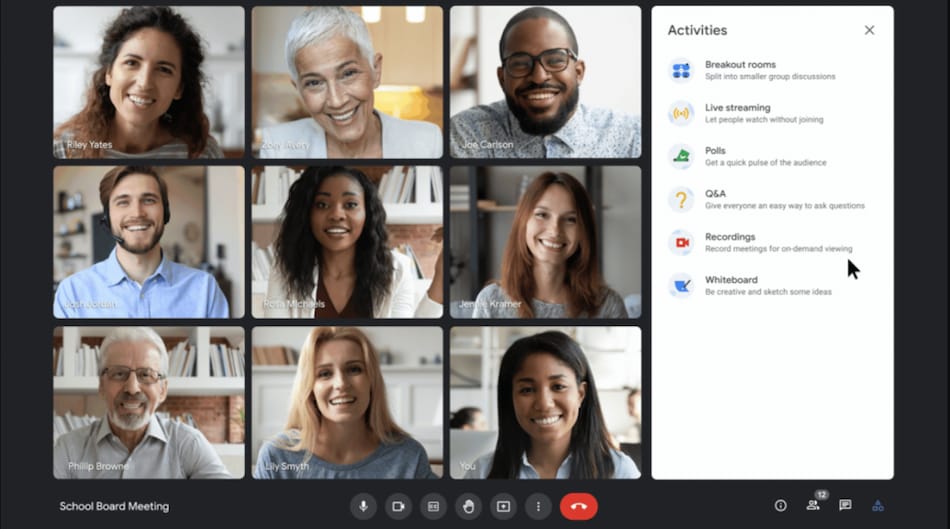 Google Meet is getting new education-focussed features, Google announced at The Anywhere School 2021 online event. These include more controls for moderators and admins, like the ability to force breakout room participants back into the main meeting and end any meeting from the investigation tool. Google Meet video calls will also support public live streaming to YouTube, hand-raising improvements, multiple hosts support, and live translated captions in the future. Moderator controls include new feature called ‘video lock' that will enable the host to turn off everyone's video at once.

As mentioned, Google Meet will bring few improvements to the newly launched hand-raise feature. This includes the ability to show teachers a persistent notification when a student raises their hand. These users will show up in a grid and the notification will show how many people raised their hands and in what order. And once a student with a raised hand is done talking, their hand automatically lowers.

In the coming months, Google Meet users will be able to use closed captions during livestreams. They will also be able to host public livestreams right on to YouTube so anyone outside of the institution can attend. This is ideal for school board meetings, school events and more. Public live streaming will be rolling out in beta later this year and will be widely available for customers with the Teaching and Learning Upgrade or Education Plus in early 2022. For these customers, live translated captions will also be introduced later this year. With live translations enabled, you can listen to someone speaking one language and see real-time captions in another language. There's no clarity on which languages will be introduced initially.

Google Meet users will also get the ability to pin tiles in the coming months, to keep a few people front and centre throughout. Multiple hosts support will be rolling out in the next months as well, enabling users to partner with other people to manage a session.

A bunch of features for meetings hosts will be rolled out in the coming months to make Google Meet more secure. For instance, when a host ends breakout rooms, participants will get a warning and then will be forced back into the main meeting. Hosts can match the breakout room safety settings with the safety settings from the main meeting. Additionally, hosts will be able to turn off everyone's video at once with “video lock” to avoid distractions. For hosts using tablets and mobile phones, Google Meet will be getting the ability to end meetings for everyone on the call and mute everyone at once.

Meetings initiated from Google Classroom will also get a slew of new features in the next few months. Every teacher and co-teacher in a Classroom class will be meeting hosts in Meet by default, so multiple teachers can share the load of managing a class. Once a teacher is present, students who are on the Classroom roster will be automatically admitted to the meeting. Students will be placed into a ‘waiting room' and won't be able to see or communicate with other participants until a teacher is present. Anyone who's not on the Classroom roster will have to ‘ask to join' and only the teachers can allow them into the meeting.