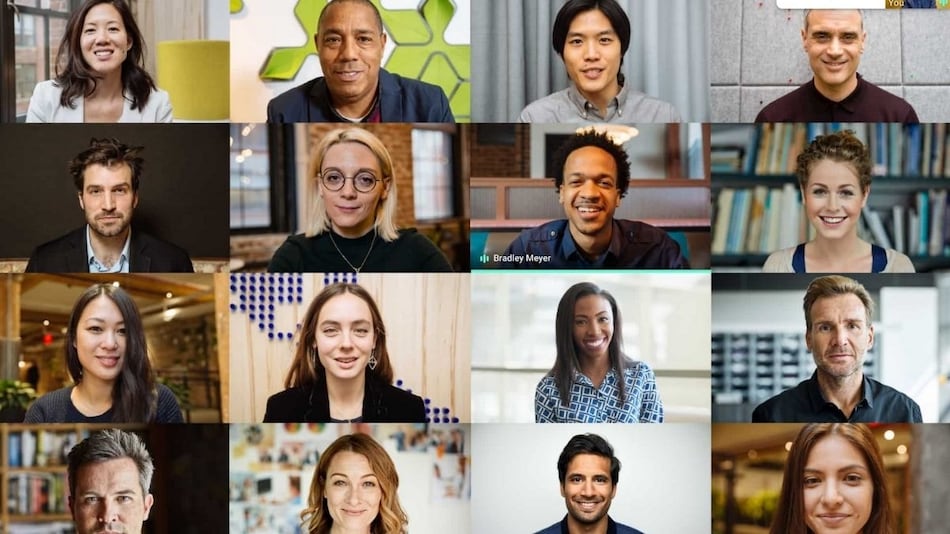 Google Meet, the tech giant's own video chatroom app, has surpassed the 100 million installs mark. Within three years of its launch, the conferencing app has become a solid competitor to other popular apps such as Zoom and Microsoft Teams. Owing to the COVID-19 pandemic and subsequent lockdowns all over the world, users are increasingly leaning towards video chat apps to get their daily meetings and conferences done. As a result, in just 50 days Google Meet has been able to double its download figures.

This may have been possible due to the fact that Google made the app free for everyone back in May. This meant that anyone with a Google account can log in to meet.google.com and start a video call with ease. Prior to that, Meet was only accessible through G Suite for enterprise and education customers.

Google has been constantly adding updates to Meet, introducing elements that ease communications. In April, it rolled out a feature that removes background noise during a video call automatically. At the time of release, it was made available to select G suite customers.

In another update, Meet introduced an AI feature that improves quality of the video even in “sub-optimal lighting conditions.” A shortcut for Meet was also integrated into Gmail for easy access.

In order to compete with apps like Zoom, Google also announced that it plans to add several features to help make user experience better back in April. This includes a number of “top-requested” features, including a presentation mode focused on tabs and an expansion of the tiled layouts used in calls with a lot of participants. As of now, Google Meet can support 250 callers in one video meet.