I got 99 problems, but actual traffic ain’t one. Watch how one man caused Google Maps 'traffic jams' on Berlin's streets. 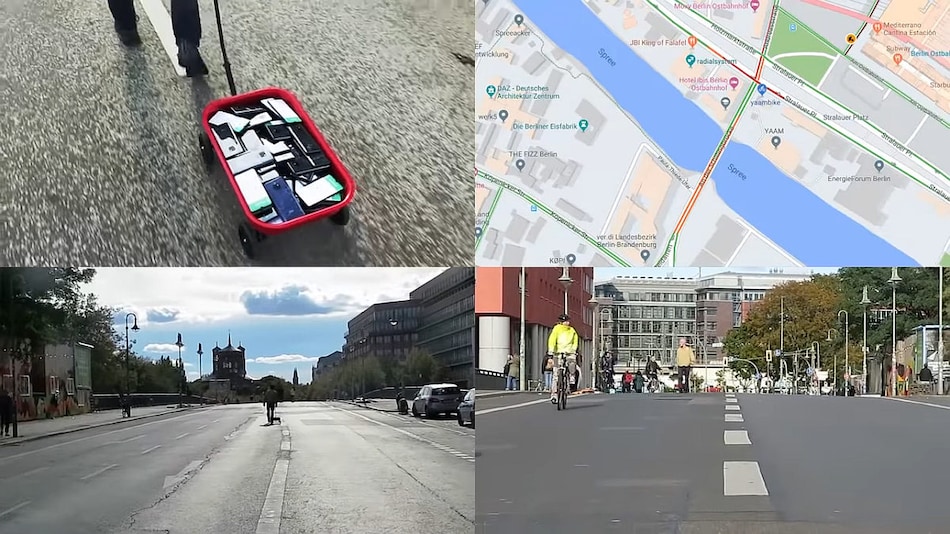 Google Maps may just have been fooled by a relatively simply hack, if a new video is to be believed. Google's Maps service is an invaluable tool for anyone who drives a car in a big city, offering details on traffic snarls or bottlenecks on major roads. A lot of us religiously check Google Maps before going anywhere, to properly plan our routes. Google itself runs ad campaigns encouraging users to do the same. But the system isn't foolproof and can be deceived, as hilariously demonstrated by a man in Berlin who used 99 smartphones and a hand cart to create ‘fake' traffic jams in the German capital.

Simon Weckert, a Berlin-based artist, pulled off the stunt and detailed his findings in a video published on his YouTube channel, as well as on his own blog. In the video, Weckert is shown pulling 99 smartphones with location turned on in a hand cart on city streets, including the street right outside Google's office in Berlin.

The slow pace of the hand cart and the fact that 99 phones were used caused Google Maps to believe that there were a lot of vehicles using a street that was actually empty. Google uses this method to crowdsource traffic data the world over; smartphones in cars provide information to Google, including the speed at which they are moving, and how many smartphones are on that particular street.

If the pace is low and number is high, Google would show that segment of the street as red or maroon, suggesting that there is a traffic jam. The video shows the streets on Google Maps gradually turning from green to maroon, suggesting that there was a traffic pileup on those streets. Google's navigation suggestions would then recommend that users avoid those streets, even though they were actually clear to drive on, apart from having to watch out for Weckert and his handcart.

Weckert hasn't shared any further details, so it's possible that this could have been faked entirely. If it is authentic, Google should ideally be looking at ways to prevent such an exploit from being used, since this could have very real and physical implications on traffic movement. In any case, don't stop trusting Google Maps entirely; it's not often that you have artists with 99 smartphones on a hand cart wandering around.