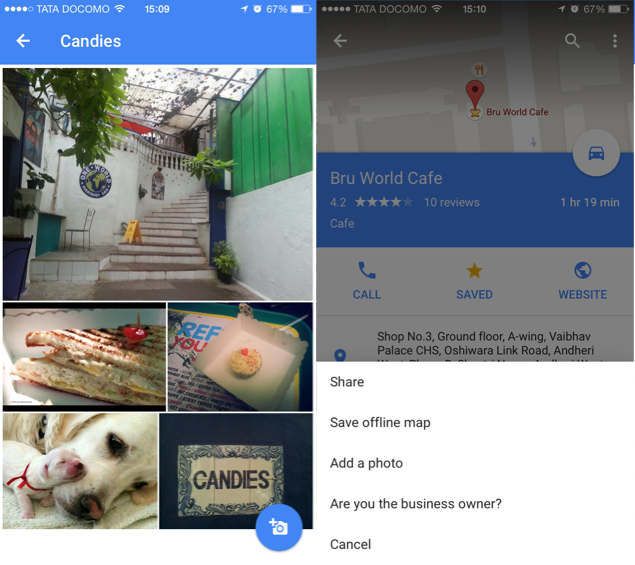 Google has updated the Google Maps app on both iOS and Android, bringing them to version 4.8.0 and version 9.1 respectively.

The update for iOS introduces a new feature which will allow sharing location pins to Facebook and Messenger. On Android, users will now be able to share Maps and toggle a full screen mode which removes unused items, like a search bar. The iOS update is already out but you will have to wait a little more for the Android one.

The new deep-linking feature in the Google Maps for iOS update makes it easier to send a location pin or broadcast the location to friends, or a specific target group. The update also includes improved transit directions by offering even more choices for routes and real-time information of arrival (only in specific areas). Additionally, there is a new image gallery for places which collates all the pictures from a particular location for you to peruse through them.

On the Android side of things, the Google Maps v9.1 update allows users to remove unnecessary elements like the search bar or quick launch for directions, thereby making it easier to read with a single tap. A single tap once again brings those elements back again in an instant. Also, saved maps from My Maps can now be shared and you can also edit the captions of location tagged Google Photos listed in the Your Places menu.