Google Maps users will need to be on version 10.59.1 to see this feature. 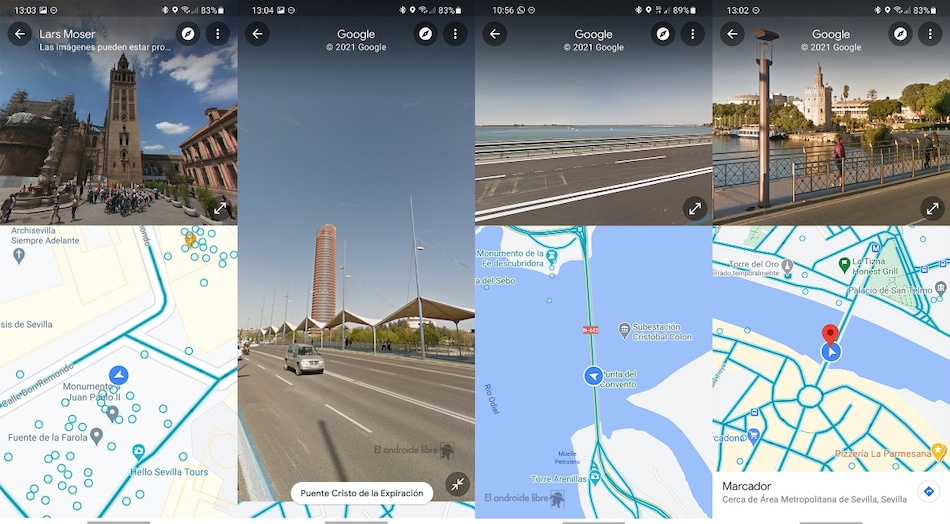 Google Maps for Android is reportedly receiving a split-screen street view feature. This feature, as the name suggests, offers users the ability to see the route as well as the split screen view on the same screen. This split-screen ability is reportedly working on Google Maps for Android 10.59.1 and it is available for a few users for now, though users in India will not be able to use it. Google Maps Street View is not available for Indian users yet due to the rejection of government approvals a few years ago.

Spanish website El Androide Libre was the first to spot the split-screen street view feature in Google Maps. The report says that this feature should work for users on the latest update i.e., v10.59.1 version for Android. However, there is a possibility that not all users may see it at first and it may be a while before everyone gets it. To use this feature, simply switch to Street View when you've started navigation and then tap on the circular expand/condense button that shows up on the bottom right of Street View.

Once in this split-screen Street View mode, users can see where they are on the map and the direction they are facing, simultaneously. This helps the user understand their location better. This feature reportedly works in landscape mode and in portrait mode both, but portrait orientation seems to be working better. Street View also offers place indicators, giving you an idea of the names of the places around you.

As mentioned, users will need to be on Google Maps v10.59.1 to see this feature, and it is recommended to check for a pending update on Google Play store and download it on your phone. If you haven't received this latest update from Google Maps and cannot wait, you can manually download the APK file from APK Mirror.