In India, the new feature will initially provide flood forecast visualisations for some regions. 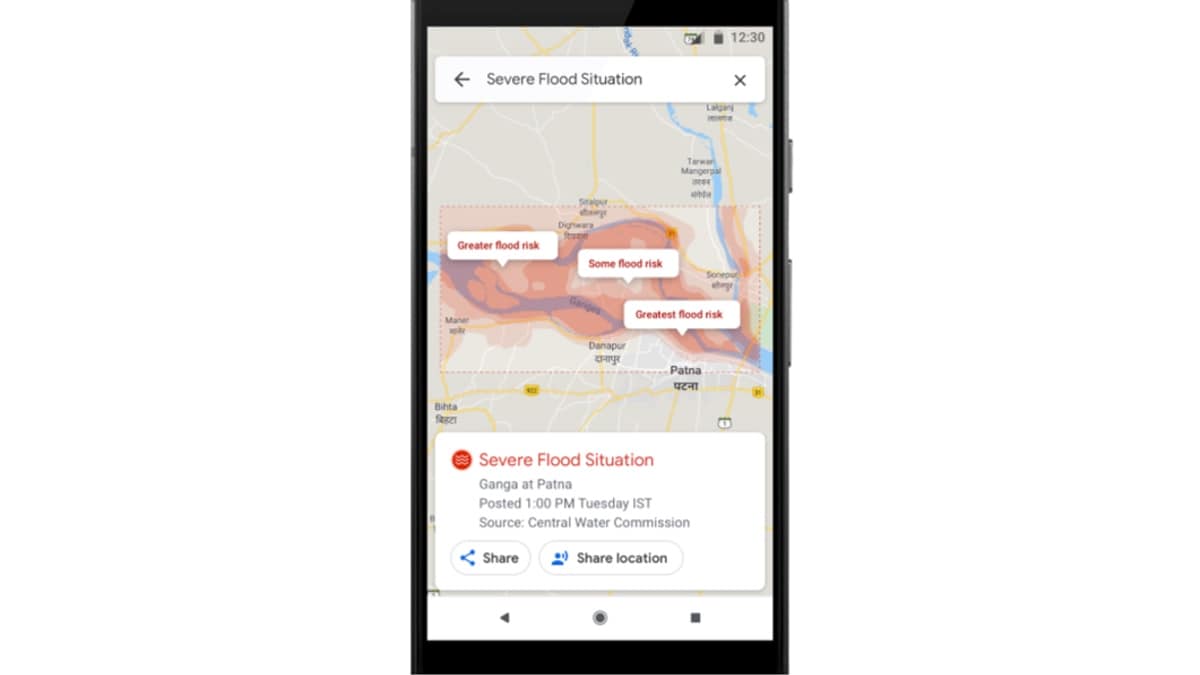 Google Maps is used the world over for not just exploration and finding landmarks, but also to navigate. The service has now added new features and that are set to make navigation and information a bit better when it comes to disasters and crises. Building on the SOS Alerts feature that has been a part of Google Maps for a while, the service will now additionally provide visual information during crises and natural disasters, as well as provide navigation guidance that takes these crises into consideration.

Google, in a new blog post, has detailed improvements in Maps and Search aimed at helping users get though environmental disasters safely. These include detailed visualisations of disasters such as hurricanes, floods, and earthquakes, meant to give users a better idea of what is actually happening. In situations where natural disasters can be forecasted - such as hurricanes, cyclones, and floods - Google Maps will now show crises notification cards to help users plan how to react.

Similar information will be shown to describe the impacted areas of disasters such as earthquakes and flash floods as well. Google has also described how the information can be used in countries like India, which are often prone to river floods due to strong rainfall in the monsoon season. Maps will be rolling out this feature in India with relevant information on flood forecasts and expected severity in flood-prone regions.

Navigation will also be improved for crises later in the year, where Google Maps will provide alerts when routes may be affected due to a disaster. Navigation will also try to route you away from a disaster affected area, rather than following the standard navigation methods of choosing the fastest or most efficient route.

Flood visualisations are expected to roll out in Patna, Bihar to start with, followed by the Ganga and Brahmaputra River regions. These new features will initially be available on Android, desktop, and mobile browser versions of Google Maps.