Google Maps Redesigned With the Aim of Highlighting Important Information 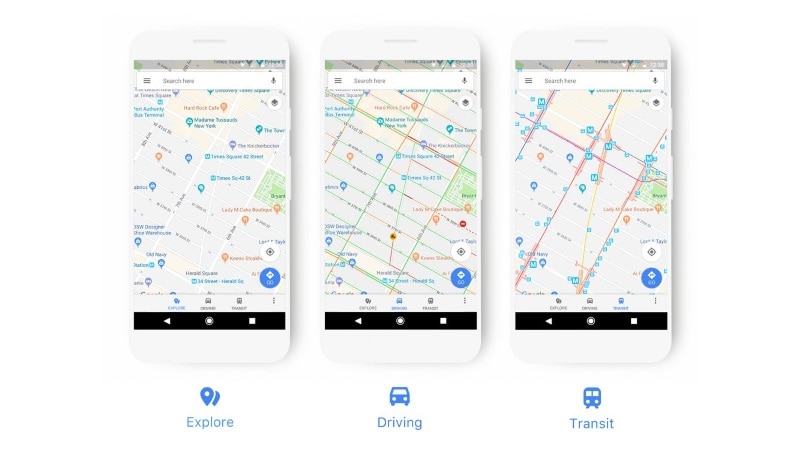 Google Maps has updated driving, navigation, transit and explore maps to highlight information that the company thinks will be most relevant.

"The world is an ever-evolving place. And as it changes, Google Maps changes with it. As roads close, businesses open, or local events happen in your neighborhood, you'll see it on Google Maps. When you schedule an event using Google Calendar, get a reservation confirmation in Gmail, or add a restaurant to your "Want to Go" list, Google Maps reflects that too. Now, we're updating Google Maps with a new look that better reflects your world, right now," Liz Hunt and Product Manager, Google Maps said in a blog post on Wednesday.

The company has also updated colour scheme and added new icons to help the users quickly identify exactly what kind of point of interest they are looking at.

Places like a cafe, church, museum or hospital will have a designated colour and icon so that it's easy to find that type of destination on the map. People will see these changes over the next few weeks in all Google products that incorporate Google Maps, including the Assistant, Search, Earth, and Android Auto, the blog post adds.

The new style will also appear in the apps, websites and experiences offered by companies that use Google Maps APIs as well.

The company recently announced that one can now virtually visit all planets and moons in our solar system using Google Maps. Google Maps now enables a visit to Saturn's natural satellites such as Enceladus, Dione or Iapetus, Rhea and Mimas as well as Jupiter's Europa and Ganymede.

Google has also added to its lineup imagery of Pluto, Venus and several moons as well as made it easier to find them in maps.