The new Google Maps widget was first spotted on Reddit. 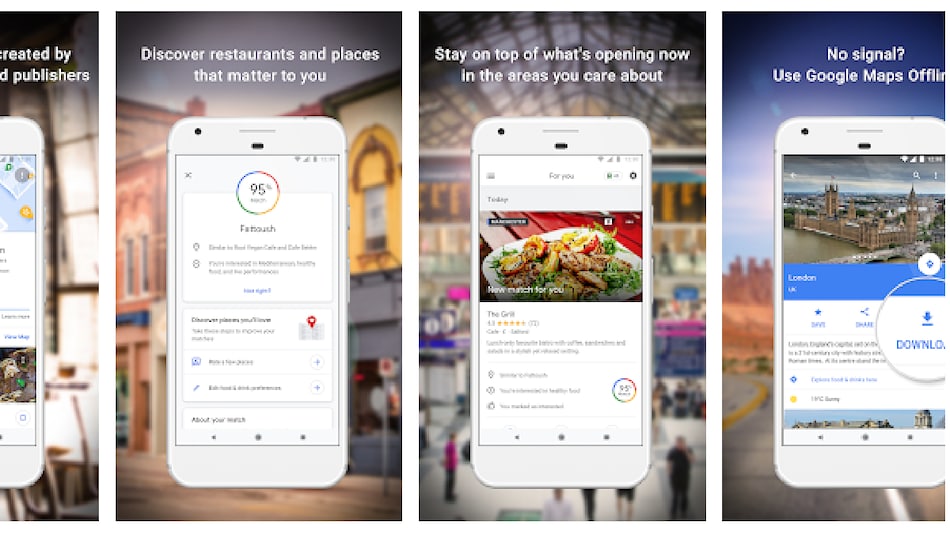 Google Maps is reportedly getting a new homescreen widget that would help Android users start navigation much faster. The update is in line with Google releasing new widgets for its major apps including Google Phone, YouTube Music, Google Keep, Calculator, and Clock with the rollout of a stable version of Android 12. The new Google Map widget is said to have a search bar, shortcuts to nearby stores, and the user's most-visited locations for quickly beginning route navigation.

The new widget for Google Maps was first spotted by Reddit user @MishaalRahman. As per the screenshot shared by the user, it features a search bar with four or eight navigation shortcuts to personalised locations that are frequently visited by a user such as home, work, etc., as well as common search queries like petrol pump (gas station), restaurant, and grocery stores.

The Google Maps search widget appears to be supporting dynamic theming on devices running Android 12 for colours. If you're on Android 11, the app seems to be using blue accent colours just like Google's other widgets. The latest widget is reportedly rolling out with Google Maps version 11.3.0.

The new Google Maps search widget is said to be similar to the two iOS widgets released earlier in July this year. Google Maps for iOS version 5.74 brought the widgets experience for iPhone users. The first widget allows users to check nearby restaurants or gas stations more easily with few taps, while the latter is designed to check traffic conditions and location details. It also shows shop opening times and restaurant reviews. The 1x1 widget shows the current location of the user along with the traffic layer as well. iOS users can add widgets directly by tapping Edit in the Today View or pressing the +  icon in the editing mode on the homescreen.