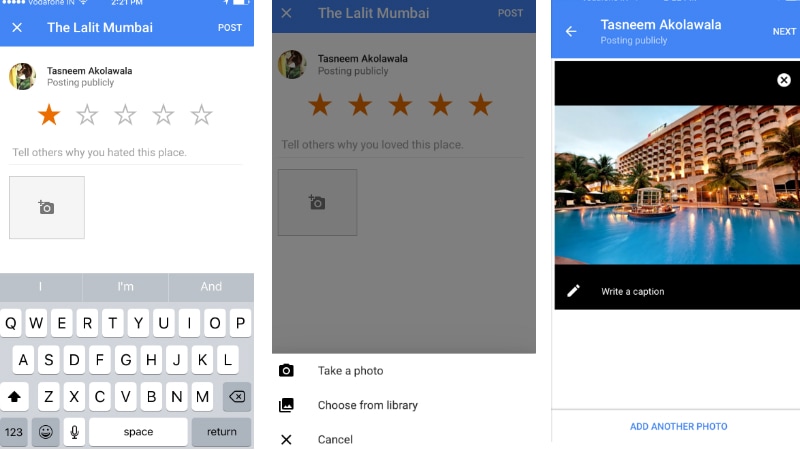 Google Maps for iOS recently introduced many tweaks in design, including the new 'Area of Interest' feature, and the ability to add multiple destinations. Now, an update brings in new features like redesigned widgets for 'Nearby Transit' and 'Travel Times'. There's also the introduction of descriptions; which gives users' information about the place, including the atmosphere and amenities. The update also brings the ability to upload photos while reviewing places.

Google Maps v4.23.0 for iOS brings the ability to upload photos while reviewing places in Maps. This helps in additional visual reference for travellers while analysing their travel route. With this update, the Nearby Transit and Travel Times widgets have also been redesigned. For those unaware, the Nearby Transit widget shows the nearby public transport, while the Travel Times widget shows the amount of time that will be taken to go from one location to the other. This time estimation takes into account real-time traffic as well.

Users of Google Maps for iOS can now even add a detailed description of various places. Google looks to expand the information archive, and it now supports info like the atmosphere in a particular place, and the amenities available there as well. Lastly, the update also brings some iOS 10 optimisations.

The update is being rolled out over-the-air, and if you haven't received it yet, try looking for it manually in the App Store. The update is 67.7MB in size. As mentioned, the last update brought along the ability to add multiple destinations while travelling. Users can now add pit-stops mid-route, and maps will divide it as point A, B and so on. This feature is useful when you have to manoeuvre around areas making multiple stops. After feeding in pit stops, Google Maps will route a way to all the destinations in your desired order, and begin navigation.