Google Maps for iOS Gets Real-Time Data for Crowded Places 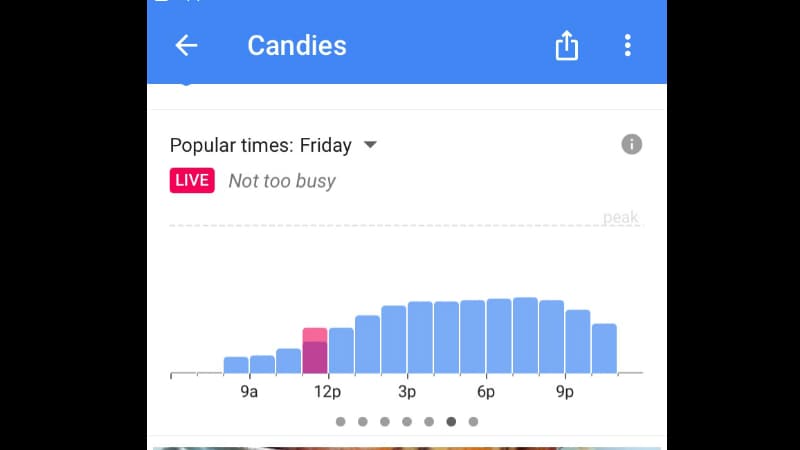 The Google Maps apps for Android and iOS both have been updated to bring in new features. The iOS app has received the ability to show the 'live' crowd status in restaurants, places, and hangout spots, while the Android apps introduces a new Amenity photos tab for lodging places and hotels.

Google Maps for iOS update bumps the version to 4.27.0, and also introduces quick access to addresses in your clipboard while searching for a location. However, the main feature is the addition of 'Popular Times' widget that shows how crowded a place is while looking for directions for heading there. This feature has been around on the Web for a long time, and was introduced for Android back in November. It has finally arrived for iPhone users.

After updating the app, you will be able to see real-time crowd status of a place, along with the average time spent there by people for smart decision making. For example, if you want to head to Candies in Bandra, looking for it on Google Maps will now show you the live crowd status there, letting you know if you will get a place to sit or no. Furthermore, it will also deliver a graph showing when the crowd is at its peak to avoid heading there at those times.

Google Maps for Android, on the other hand, has been updated to v9.44.3 and brings along the ability to add amenity photos to various lodging places and restaurants. This means that you can now share photos of the swimming pool, gym etc to give the customer a fair idea of what exactly are the amenities, and are they worthy of the promise made. The ability to add amenity list was earlier there, but to add photos has been introduced with the latest update.