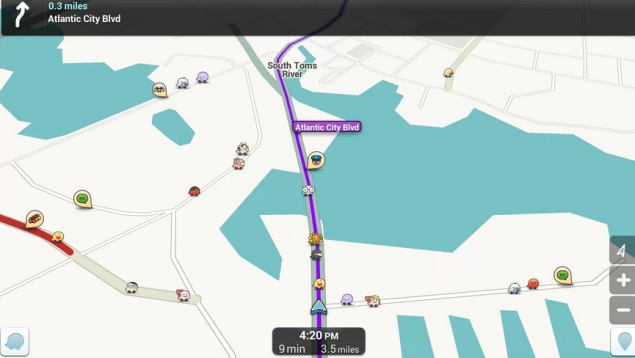 Google said Tuesday it began integrating into its online maps features from the Waze traffic app it acquired earlier this year in a deal said to be worth some $1 billion.

"No one likes getting stuck in traffic. That's why the Waze and Google Maps teams are working together to harness the power of Google technology and the passion of the Waze community to make it easier to navigate your daily life," said the tech giant's Brian McClendon in a blog post.

"Users of Google Maps for Mobile will now benefit from real time incident reports from Waze users," he added.

McClendon said "Wazers" reports on accidents, construction, road closures and other issues will appear on the Google Maps app for Android and iOS in Argentina, Brazil, Chile, Colombia, Ecuador, France, Germany, Mexico, Panama, Peru, Switzerland, Britain and the US.

In June, Google announced plans to buy the crowd-sourced map app Waze, which was launched in Israel to help users of Apple and Android smartphones.

"We've incorporated the power of Google Search to the mix," a Waze blog post said.

"Google Search joins a host of other search providers featured on Waze, from Foursquare to Yelp, making it easy to find favorite businesses, home addresses and more."

Google's upgrade of its maps comes as it ramps up efforts against Apple and other rivals to be at the heart of mobile Internet lifestyles, particularly when it comes to providing advertising or services relevant to where people are at any moment.

Drivers can upload comments, along with pictures, from along their routes to alert fellow "Wazers" to anything from accidents or detours, to a favorite place to grab a cup of coffee. Waze also provides users with turn-by-turn directions.