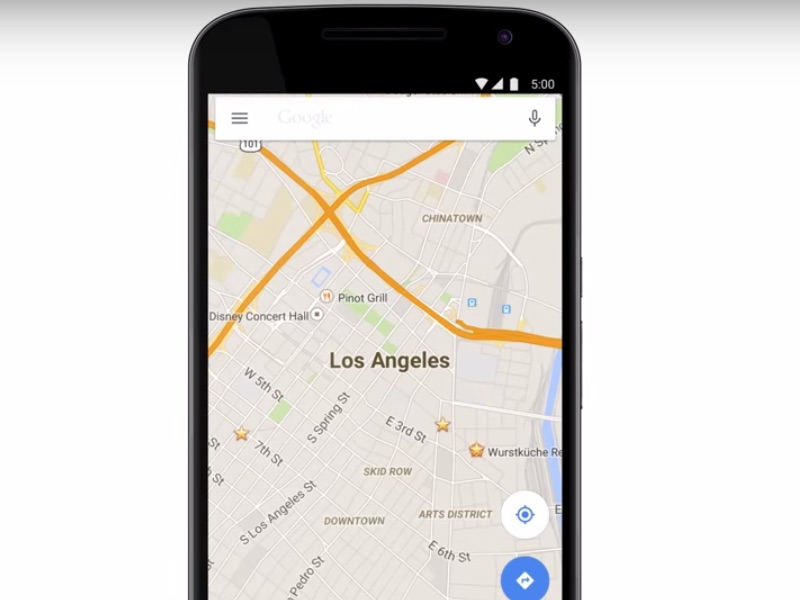 Google has several new neat Maps features to showcase. The Android client of company's mapping and navigation service, now shows off previews in Maps with a quick option to add shortcuts to businesses. Over the weekend, the company also began testing a new feature in Maps which allows users to upload food-related photos. Separately, a teardown of the Android app revealed an imminent surprising treat for Indian users.

Google Maps has been updated to version 9.13.0 on Android, and gets a thumbnail preview of a location in Street View in the bottom left corner of the screen. Tap it, and the Street View of the region opens. It's an amazing feature, but since Street View isn't live everywhere in India, you can't view it at most locations just yet.

Another new feature is the ability to add easily add businesses. If you see a business that isn't already listed in the maps, you now get "add a missing business" button at the bottom of navigation drawer.

Another new Google Maps feature has been spotted, and is supposedly visible only to a limited number of users. Google was experimenting with a feature called Tablescape in February. The feature allowed users to click "foodographs (picture of food)," but at the time, it perhaps didn't garner much traction, resulting in an untimely shut down. It appears to be making a return, this time in the Maps service. The feature will alert users when it realises that one has taken a picture at a public food-related place. It will also give users a chance to attach it to a Maps location in just two clicks. The feature is said to be rolling out to "level 3 and above" guides.

And now for the local treat - it appears Google is planning to get Delhi's public transport routes and schedules integrated into the Maps app. Android Police performed a teardown of Google Maps app v9.12, and noticed code that points to this upcoming feature. Since the code also points to a separate apk, Android Police speculates Google may launch a standalone app, though it may be that development is independent and the app's features will be fully integrated into Google Maps at a later date.