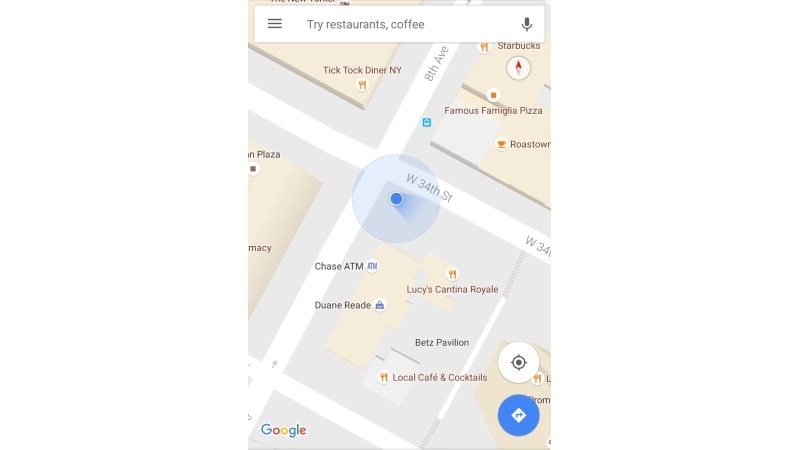 The update is rolling out for Google Maps for Android. The blue dot that represents you will now be tagged with a beam that looks like a light beam from a flashlight.

The beam not only shows you the direction that you are facing, but also lets you know the accuracy of your phone's direction. If the beam is wide, it suggests that your phone's compass is compass is 'temporarily uncalibrated'. It essentially means that the sensors are not working properly at that particular moment. If the beam is narrow, it suggests that the direction shown by the phone is fairly accurate.

Apart from introducing the beam to Google Maps, the company has also provided a tip to get your phone's compass work properly. "Any time you want to get back on track - not just when you see a prompt or notification - simply move your phone in a figure 8 motion (as you can see in the image below) a few times. This should immediately result in a more accurate direction," Google said in its official blog.

Now, users will, hopefully, be able to make better use of Google Maps as well as trust the direction shown by the app more than before.