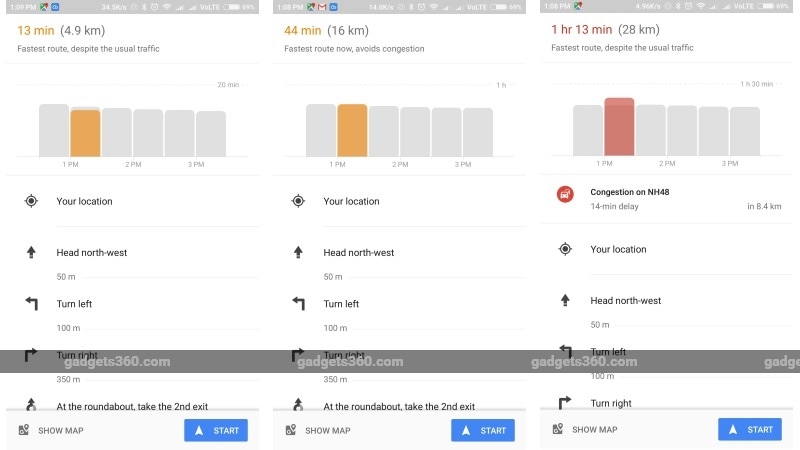 While Google Maps already told users about the best possible path to reach as soon as possible to their destination, the search giant has now added a new feature that tells users the best time of the day to travel. Usually the new features take long before they show up for users but this particular feature seems to be widely available already, but only for Android users of Google Maps.

When you search for a particular destination and ask Google Maps for directions, the new feature will show you an information graph that depicts the duration of your journey depending on the time of the day. The aforementioned feature, which was first spotted by Android Police, however doesn't provide precise data regarding the time that will be saved by starting your travel at a particular time.

With the new addition, users will definitely be able to get a rough idea regarding the best time to travel to their destination in the day and can accordingly make adjustments. While we would have preferred exact data on time saved by starting travel at a particular time, the rough idea is still better than having no information, which can cause further inconvenience. The feature will come in handy when you are planning travel well in advance, but is unlikely to be useful if you need to, say, meet someone at a particular time.

Recently, Google announced introduced a new feature that tells users the speed limits for vehicles. Despite being a useful addition, the speed limits feature for Google Maps is currently available only in two areas, i.e. San Francisco Bay Area in the US and Rio de Janeiro in Brazil.