Google Maps will be rolled out globally on Apple Watch in the coming weeks. 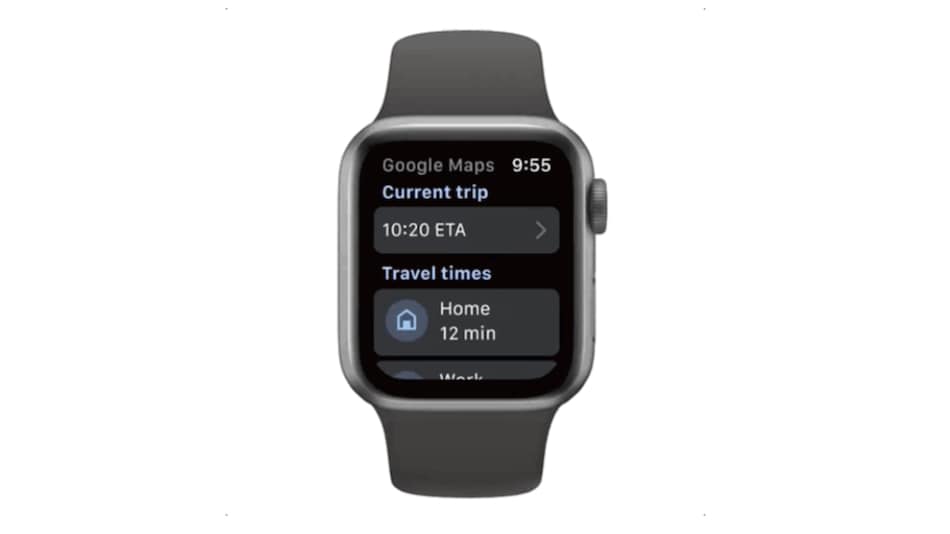 Google is relaunching Google Maps for Apple Watch that will help users navigate easily. The app is expected to be rolled out globally in the coming weeks, as per the announcement by the search giant. Apple Watch owners will be able to see estimated time of arrivals (ETAs) and step-by-step directions of saved locations using Google Maps. Google Maps was available for Apple Watch users earlier, but abruptly discontinued in 2017.

Google announced the update in a blog post, stating that Apple Watch users would now be able to safely and easily navigate with Google Maps right from their wrist. Users can get ETAs and step-by-step directions to destinations they have previously saved, like Home, Work, or other customised shortcuts. For destinations that aren't saved, users can start the navigation process through their phones and pick up where they left off on the Apple Watch. In the same blog post, the tech giant also announced compatibility for Google Maps in Apple's CarPlay Dashboard view.

Google Maps was previously available on Apple Watch until it was abruptly discontinued by Google in May 2017. The reason behind the decision was unclear, and Google had not indicated if and when it would reinstate support for Apple Watch. The new version is expected to roll out to device owners globally in the coming weeks.

Among Google Maps' other recent features is an update that allows Google Maps users to follow each other on the app, as announced by Google late last month. Users who have shared photos, lists, or reviews, will have their own profile page with highlights of their activities. This feature has begun rolling out globally.

In light of the coronavirus pandemic, Google had also rolled out a feature in June that would alert users about COVID-19 related travel restrictions. The update, which was rolled out in many countries including India, allows users to check things like how crowded a train station is at a particular time, or the revised bus schedule.