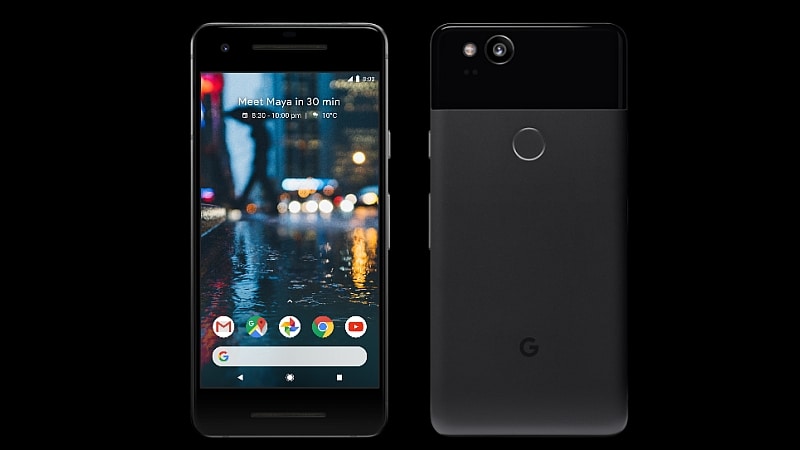 Google Lens, the AI-based visual search tool that Google unveiled back at I/O 2017, will be exclusive to Pixel phones at launch, the company revealed at its hardware event on Wednesday. Separately, as was rumoured ahead of the Wednesday event thanks to Pixel 2 screenshots, the upgraded Pixel Launcher has now official - the Pixel Launcher now features the search bar at the bottom. Other changes include the 'at a glance' section at the top of the home screen, a new range of live wallpapers, some changes to how search functions, and more.

Let's start first with Google Lens. Aparna Chennapragada, Product Director at Google, demonstrated improvements to Lens on stage at the hardware event, and said all the new features will be coming to the Pixel 2 smartphones first. An exact timeline for the rollout has not been provided just yet.

Amongst the several changes, Chennapragada said users will now be able to take picture of posters and Google Lens will be able to make sense of the useful things mentioned in there. You will also be able to ask Lens follow-up questions, Chennapragada added. For instance, if you take a picture of a book, you can ask what the book is about.

The company says Google Lens offers an accurate rate of over 95 percent. As we mentioned, Google Lens will be exclusive to Pixel 2 users at launch, within the Photos app, when it is launched later this year. The feature will then make its way to the camera, Assistant, and other apps, apart from certain other devices, Google's Brian Rakowski, President, Android Platform, revealed to us in a later interaction.

As for Pixel Launcher changes, they were introduced by Sabrina Ellis, Director of Product Management at Google, at the Wednesday event. The biggest change is the placement of the search bar at the bottom of the home screen, below even the dock. The search bar will also remain across home screens, just like the dock. The other major changes include the 'at a glance' section at the top of the home screen, showing upcoming events and other alerts including traffic updates and flight statuses.