Google had replaced the Image Search feature with Google Lens. 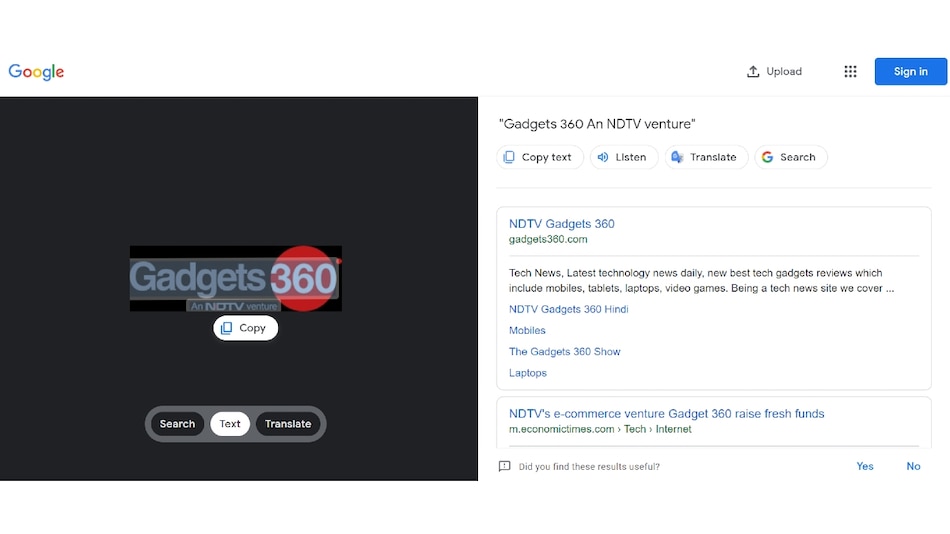 Google has introduced more features to the Google Lens in the desktop version of Chrome. It is now capable of doing more than just regular image search. Now, aside from the Search option, it also offers Text, Translate, and Find image source tools. These and more options have been available for quite a while on the Google app for smartphones. It is unclear when Google rolled out this update. The new tools are now widely available on Chrome for Windows, Chrome OS, and Mac.

The Google Lens search result page on the desktop version of Chrome shows three new options. The Text tool automatically identifies the text in an image, and allows you to select any amount of text. You can then copy, or listen to the selected text. Furthermore, it can be used to make another Google search or opened separately on the Google Translate site. Also, there is a dedicated Translate tool that opens a UI similar to the mobile app. Google Lens is programmed to automatically identify the language. However, you can also manually select the language pairings.

The Find image source tool takes you to Google Images. This option is believed to have been added to rectify the problem caused by replacing the Image Search option entirely with Google Lens. This tool allows you to upload an image or screenshot of a webpage to Google Images and search for results.

A recent report has also hinted at the Google Lens feature being added to the Google Search homepage for Chrome on desktops. The Lens icon was supposedly spotted on google.com while surfing in Incognito Mode on Chrome. The spotted icon was the same as the current Google Lens icon that appears on the Search bar on Android.