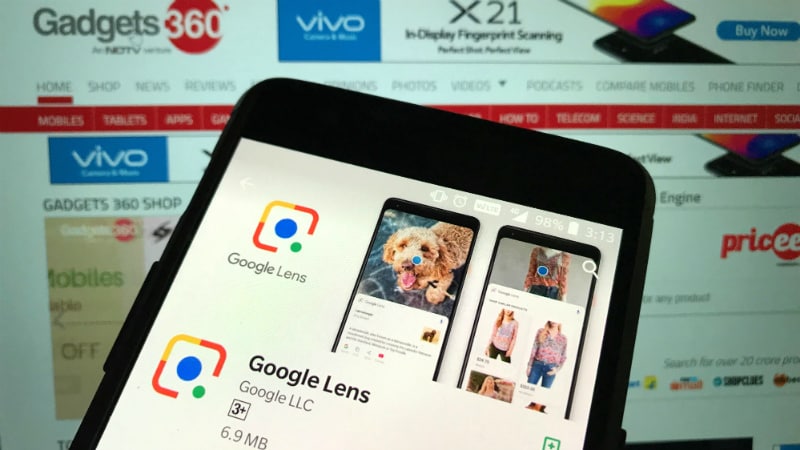 Days after upgrading the experience by rolling out real-time detection and smart text selection, Google Lens has now received a standalone app. The latest development essentially gives you direct access to Google Lens right from the home screen of your Android device. This omits the original workaround in which you need to go to Google Assistant or Google Photos to use the enhanced visual assistance. Earlier this month, Google brought its Lens experience to the native camera apps of many devices, including the Sony Xperia XZ2 and Xperia XZ2 Compact. The search giant at its I/O 2018 conference last month announced the debut of Google Lens within the camera apps of vendors such as Asus, BQ, HMD Global/ Nokia, LG, Motorola, OnePlus, Sony, TCL, Transsion, and Xiaomi.

The standalone Google Lens app doesn't offer any distinguished experience over what you can receive from the Lens support available within Google Assistant and Google Photos. It lets you translate hoardings, copy and save the text from the real world, learn more about your nearby landmarks, or identify an object or an animal using the primary camera of your device. Nevertheless, the app makes it easier for you to use Google Lens in your daily life. It sits on the home screen of your Android device and gives direct access to the visual assistance that is backed by artificial intelligence (AI). The functionality is more or less the same as what the LG G7 ThinQ offers through a dedicated physical button that brings Google Lens with two taps. Moreover, we can safely say that the new app works as a shortcut for Google Lens.

You can experience the discrete Google Lens access by downloading its standalone app from Google Play. While the Google Play listing states that the app is compatible with devices running Android 6.0 and later, it doesn't seem to be compatible with all devices at the present stage. The Google Lens integration within Google Assistant and Google Photos, on the other hand, is broadly available across Android and iOS devices since March this year. Google is also expanding its presence by integrating the experience within third-party camera apps.