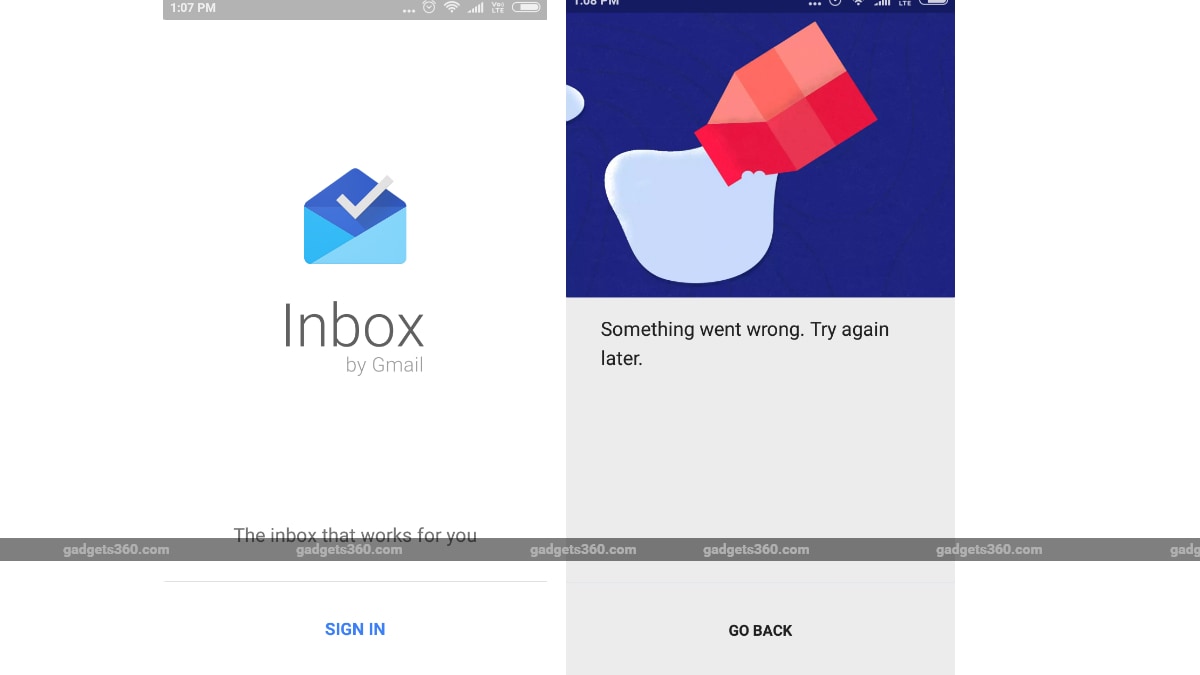 Inbox by Gmail was shut down earlier this month

Google brought the shutters down on Inbox by Gmail earlier this month, but workarounds allowed fans to continue using the app. Those who couldn't give up on the app downloaded older APK versions of Inbox by Gmail, and surprisingly those continued to work fine. However, now users are reporting that fresh installs of these older APKs no longer work. It shows them an error signal every time they tried to sign-in using their Gmail accounts. This means that all the older versions will also lose support soon, and users who cannot give up on Inbox by Gmail, now have no choice but to do so.

Android Police was the first to notice this change in behaviour of old APKs. We also tried installing older version APKs of Inbox by Gmail, and all of them throw an error message when the sign-in process is initiated. The report states that Inbox by Gmail APK v1.77 was updated and that they could not get an older APK to function. Inbox by Gmail v1.77 that was installed on user devices was automatically moved to v1.78, with the Gmail transition message now appearing.

After Google officially announced that Inbox by Gmail was shutting down on April 2, older Android versions of the app, as well as the iOS app, remained unaffected. We can now confirm that the iOS app has stopped working as well, days after the shutdown.

This means that Inbox by Gmail is finally receding behind the mountains, and this time there might be no workaround for it to rise back up from the shadows.