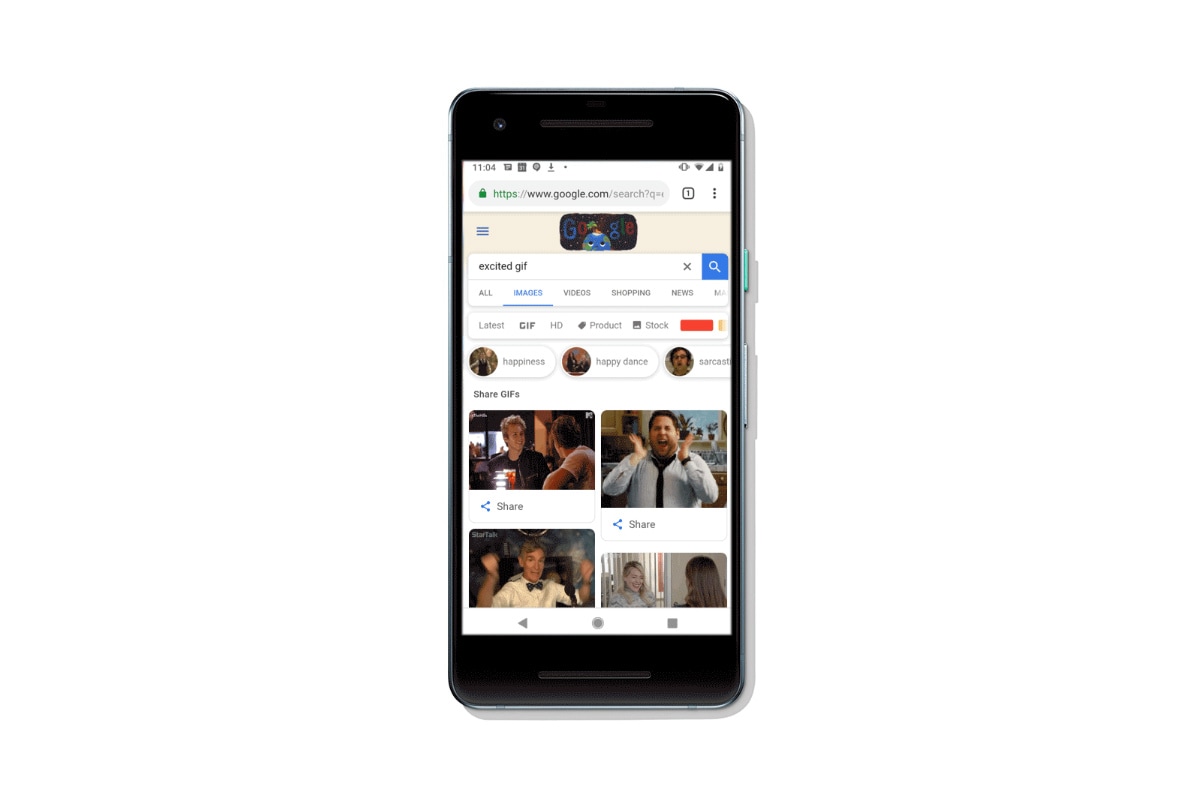 Sharing GIF images is quite popular amongst the young and old, and one of the biggest trends seen from the adoption of social media and messaging apps. People all around the world share GIFs share animated GIF images with friends and family to express different emotions and feelings. The trend can also be seen on the Search front, with Google saying GIF search interest on Google Images has tripled in the last five years. While observing this growth, Google evidently wants to make it easier for users to share GIF images, and on Thursday announced a new feature that brings a Share button to GIF image search results.

Kyler Blue, Product Manager for Google-owned Tenor, said in a blog post that Google now allows users to share GIF images directly from the Google Images search engine on mobile. The process is pretty simple. A user has to search for GIF in Google Images, by typing search engine by typing "[topic] GIF". An example given was "excited GIF". This will present the users with GIF image search results, and under each GIF, a share button will be visible that brings up the regular Android share system menu. This allows for the direct sending of GIFs to various social media and messaging platforms such as Gmail, Hangouts, Android Messages and WhatsApp to name a few. We also spotted sharing functionality extending to such apps as Facebook, Facebook Messenger, Slack, Telegram, and Twitter.

The new Shareable GIF feature is available starting today on the Google app for Android and iOS, as well as on the Chrome browser for Android. Here at Gadgets 360, we had a mixed bag of results. Some of us, using Google app for Android v10.4.5.21.arm64 and Google Chrome for Android v75.0.3770.101, were able to use the feature, while others using the same versions were not able to use the feature. We also were not able to see it yet on the Google app for iOS v76.0. Thus, it certainly appears to be a server-side change, and it should reach you soon. Let us know in the comments if you're seeing the new Share GIFs feature.

As per Google, “Shareable GIFs are made available by content creators, including our partners from streaming services, movie studios, and the YouTube community. Any content provider, GIF creator or GIF platform can submit GIFs to the new section on Google Images by either uploading GIFs to tenor.com, or connecting with Google's partnership team via this form.”