Google Chats will allow new members to see messages sent even before they joined. 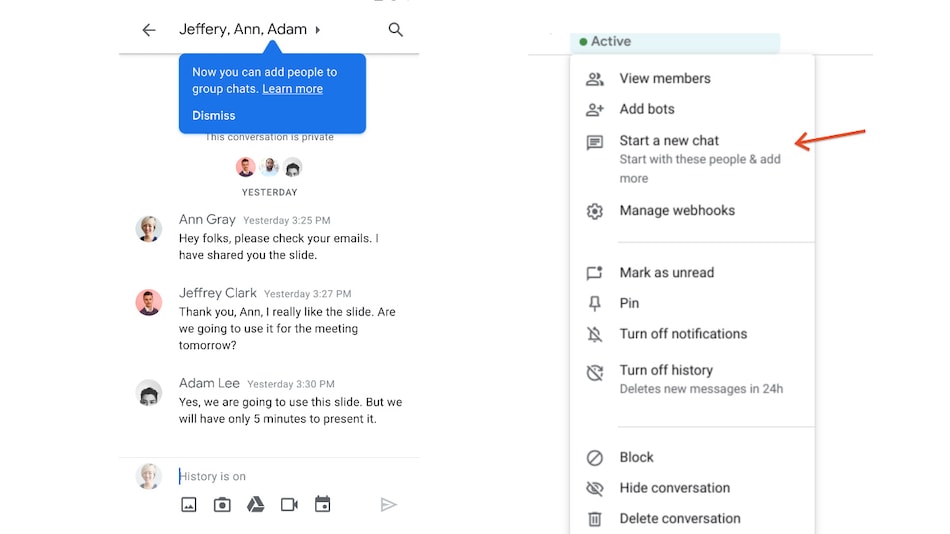 As per an official blog, Google will bring these three changes to Google Workspace from December 3 that will gradually roll out in about 15 days. These changes are a part of transitioning users from Google Hangouts to Google Chat in the first half of next year. The changes will help automatically migrate users' Hangouts conversations and saved history.

The second change in Google Chat is about chat history. End users can toggle history on/ off at the conversation level, and admins can control whether to keep chat history for users in their organisation.

The new Google Workspace is only available for business customers right now, and Google will bring it to the rest of the users next year. Google Chat is said to retain some Hangout features, such as direct and group messaging, and discard some others.