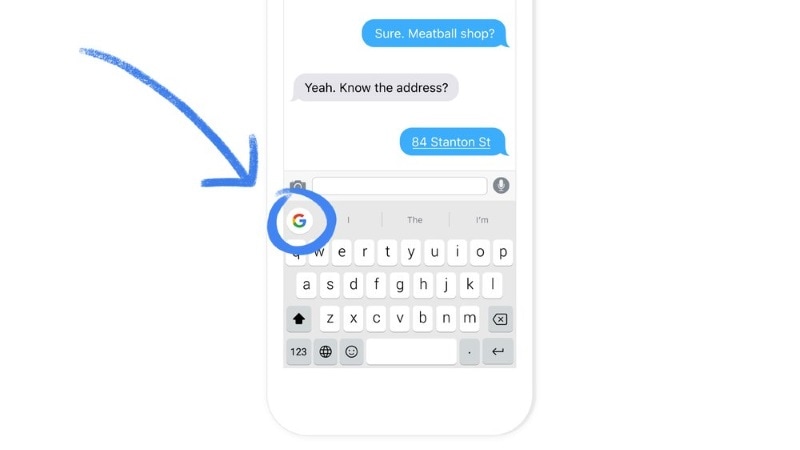 Google's Gboard keyboard has added a nifty shortcut on the iOS app. The keyboard's highlighted 'Make a GIF' feature is now easily accessible with a shortcut button on the top right of the iOS keyboard, next to the word suggestion bar. This feature lets you create custom GIFs from your phone's front and back camera. It was previously hidden in the emoji section of the keyboard. There is no confirmation on when the feature will roll out on Android, although a beta update has been recently spotted with similar functionality, so it can be expected soon.

The Gboard app on iOS has received a server side update to incorporate the new GIF-making button on the word suggestion bar. The 'Make a GIF' button allows users to create their own GIFs using real life photos and videos. It has two modes - Loop and Fast-Forward. Loop creates a three second "Boomerang-like" video while Fast-Forward speeds up a one minute video. After creating the GIF, users can copy and paste it into the chat box or wherever applicable. Details of this update do not show up in the App store.

Launched in June 2017, Google's Motion Stills is yet another app that lets you convert GIFs on your iPhone with Live Photos. It also has functionality that allows users to stitch together GIFs to create a longer movie clip.

The Gboard app for iOS was updated in August last year with YouTube and Google Maps integration. This feature can be accessed by tapping the 'G' sign on the top left of the keyboard.

As mentioned above, a beta APK of Gboard's Android app was spotted recently. This beta update details functionality of the 'Make a GIF' feature expected to roll out on Android soon.