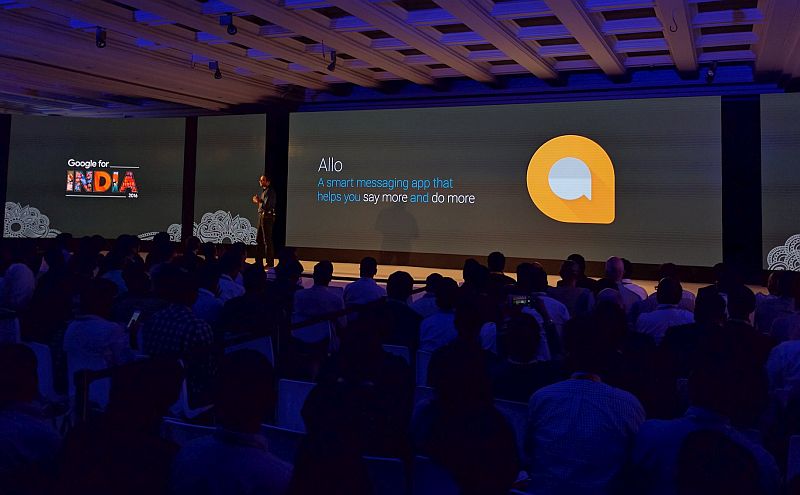 Google at its Make for India event on Tuesday made several announcements including YouTube Go, a special YouTube app made for the Indian market. The company at the event also provided details on its existing products such as Allo and Assistant.

At the event, Google Product Lead for Communication Amit Fulay revealed that Google Allo was made available in India before any other country. To recall, Google made the Allo instant messaging app for Android and iOS available globally recently. Fulay added that Google will be rolling out the Assistant in Hindi later this year. The "Smart Replies" feature currently available to Allo users where it suggests responses to messages sent be users in English and Hinglish will also be available in Hindi. On privacy, Fulay claimed that all messages are encrypted in Google Allo app.

Talking about Allo and Duo, Fulay said, "We know Indians love to chat" and stressed that both these products are being made "India friendly." Fulay also announced that India, along with the US, has the most number of Duo users in the world.

At the Google for India event, the company also announced its new Google Station initiative which aims to provide partners an easy set of tools to roll-out Wi-Fi hotspots in public places.