Google says that it will expand the features ‘to more Android devices in the future.’ 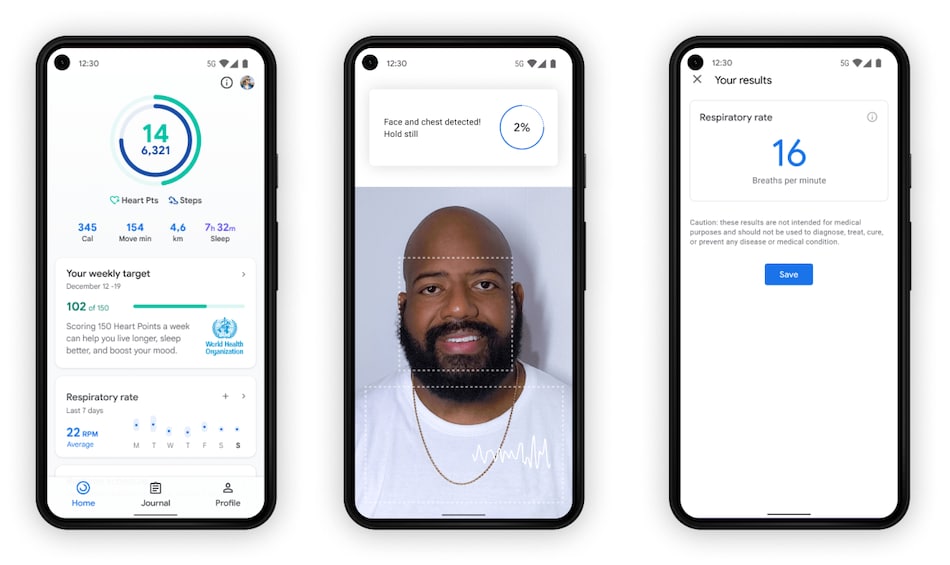 Google Fit app is now rolling out the ability to measure heart rate and respiratory rate through phones. These new features are rolling out for Pixel phones only for now, but the company has reportedly confirmed that it "will be expanding to more Android devices in the future." Google announced these new heart rate and respiratory rate measurement features for the Google Fit app last month. The company had then promised that Pixel phones would get it first, and the rollout has now reportedly begun.

Last week, the tech giant had announced via a blog post that it will roll out the ability to measure respiration and heart rate on supported Pixel phones via the Google Fit app from next week onwards. It has now published a video tutorial on how to use the new features, and has even confirmed to 9to5Google that the rollout began on Monday. In a statement, Google says “we are rolling out the ability to measure your heart rate and respiratory rate with Google Fit by using just your phone's camera. These features are available first in the Google Fit app for Pixel phones, and will be expanding to more Android devices in the future.”

The video tutorial shows what users need to do to measure heart rate and respiratory rate using the Google Fit app. Ensure that you are on the latest version of the app to be able to use the new features. Click on heart rate icon showing up on the home screen, offer all the permissions required, and place your finger on the back camera covering the lens entirely. The app will then detect your pulse and offer you results based on the data it collects.

For measuring the respiratory rate, click on the corresponding icon on the homepage, give all the permissions, and prop the phone in a leaning position so that it can detect your entire body from the waist up when the measurement starts. Start breathing and let the camera watch your chest movements to detect your respiratory rate. The results are then showed on the app, which can be saved for later diagnose.

As mentioned, this is rolling out only to Pixel phone users for now, and eligible users can download the Google Fit app from the Google Play store.