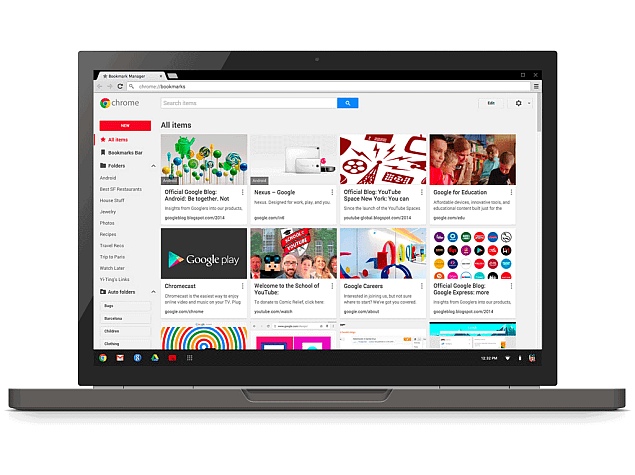 Google on Wednesday started rolling out the new beta version of its Chrome web browser for Windows, OS X, and Linux with the new Bookmark Manager, formerly known as 'Star'.

The new Bookmark Manager in the Chrome Beta version lets users add images and customised notes to bookmarks to find them more easily later. The new feature will start rolling out in next few weeks, according to the announcement made on the Google Chrome blog.

"Now when you create a bookmark, you can select an image and add a note or snippet to help you find that bookmark more quickly later. Google will also suggest a folder if it seems like it could be a fit," confirmed Cynthia Johanson, Product Manager of Google's Chrome division.

To try out the new Bookmarks Manager, users have to visit Chrome Menu >Bookmarks>Bookmarks Manager. Using the new bookmarks, users will be able to view the content of the bookmark in a grid-style layout along with their own notes and images denoting what the bookmark is about. Notably, this feature was and is still available for the browser as an extension 'Bookmark Manager' few weeks ago.

The new Chrome Bookmark Manager features other functionalities besides a new bookmark. If the users are signed in to Chrome with Sync feature turned on, they will find it easier to search for bookmarks. Google, along with the title and description of the bookmark, will also search the content on the bookmarked page.

The new Chrome Beta Web browser will automatically collect bookmarks according to the topics, but still let users organise them into folders themselves.

In September, Google released and update for its Chrome app for the new iOS 8 operating system. The mobile Web browser, as a part of the update, supports third-party app extensions for sharing and posting content to other websites.