Safe Folder in Files by Google can only be accessed by a 4-digit PIN code. 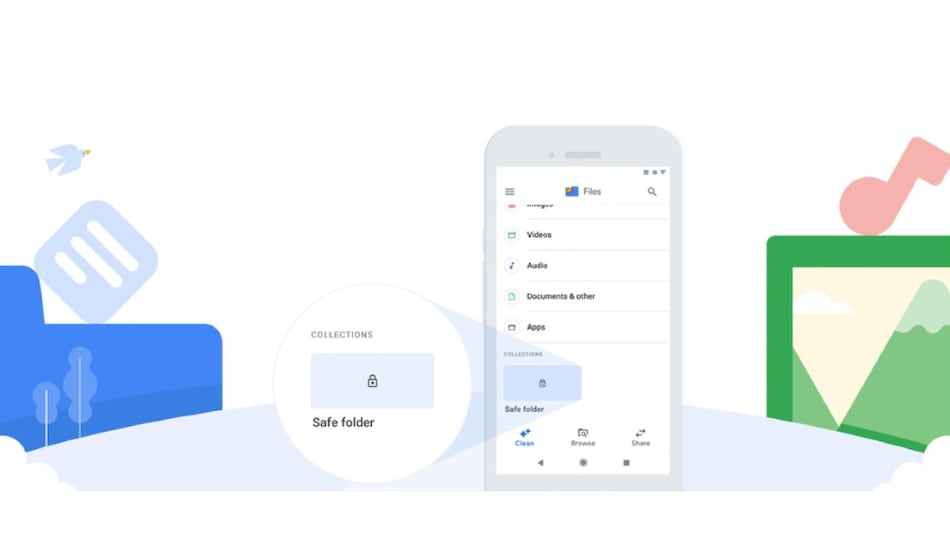 Google has launched Safe Folder for its Files by Google application, a new feature that will allow users to keep private files locked in a separate, password-locked folder in the app. Users can move any document, file, or media file into the secure location in the app that can only be accessed by a 4-digit PIN code. Safe Folder will start rolling out in beta for Files by Google, and will soon be made available to more people in the coming weeks.

The Safe Folder protects your images, videos, audio files and important documents from being accessed by others, Google said. The new Files by Google feature will be securely locked as soon as you step away from the app, ensuring that the content you store there cannot be accessed when the app is in the background. You will be asked for the PIN every time you open the folder.

Google on Wednesday announced the new Safe Folder feature in a blog post, where it mentioned how sharing devices with spouses, siblings, or children is often a cultural experience, especially for women. While this can be beneficial, it comes with the risk that others may have access to your personal files, said Google in the blog post. The Safe Folder in Google Files will keep personal content safer. This feature will also be beneficial to those who don't use shared devices but want a secure place to store important files.

The Safe Folder feature appears under ‘Collection' section of the Browse tab, and you can easily move files out of the folder. We weren't able to spot the feature in the Files by Google app listed on the Play Store (v1.0.322488829). We weren't able to see it in a later version, v1.0.323588688, that's available via APK Mirror. If you're impatient to try the new feature, you could try downloading it from one of the above sources – let us know in the comments section below if you can see it. However, as we mentioned, Google says the feature will be rolling out to all users in the coming weeks, so if you don't see it right now, you may just have to wait.

As per a report by Android Police, the files disappear from the gallery or other file browsers once transferred to Safe Folder. This could be a problem as if you clear app data or uninstall the Files app, you'll lose access to the files as they won't be reachable anywhere else. It is thus advised to move the files from the Safe Folder location before deleting the app.

According to Google, building privacy features that make sense for different needs is one of their top priorities. The Files by Google app was launched in 2017 for Android Go edition users as the Files Go app to help people free up space, share files and manage content. It was rebranded to Files by Google in 2018. Google says that since its launch, the Files by Google app has deleted over 1 trillion files of digital clutter, saved over 400 petabytes of space on people's phones, and freed about 12GB of space every second.