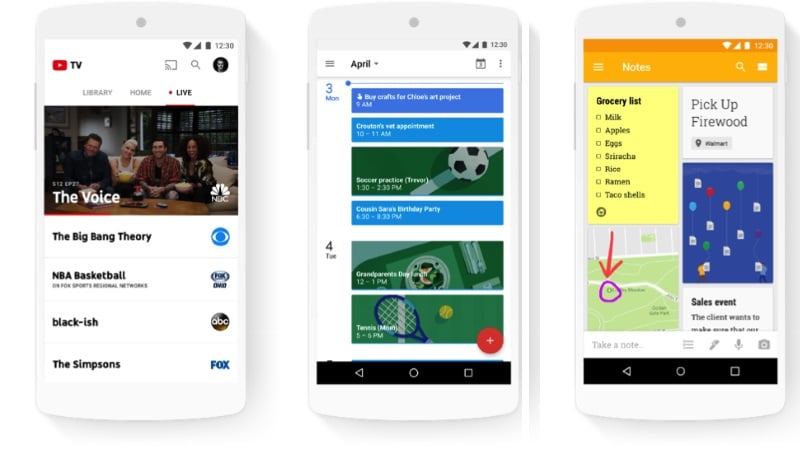 Over the years, Google has added some useful family sharing features to its services in order to make it easier for users to share content with their dear ones. The search giant already allows users to share music and other content from Google Play with 'Google Play Music family plan' and 'Google Play Family Library' respectively but it has now made family sharing easier for YouTube TV, Calendar, Photos, and Keep with the introduction of 'family group'.

Users can set up their family group from the My Account page and can add up to six members in a family group. With YouTube TV, the group members can enjoy live streaming from popular cable networks at $35 (roughly Rs. 2,300) per month. While users will now be able to share pictures easily with their family group using the Photos app, they can also choose to share the lists of groceries, to-dos, and other content with the help of Keep.

"Families share a lot of stuff - and now we're making it even easier to share and stay connected with each other by giving you more to do with your family group on Google," the search giant said in a blog post.

Further the addition of family groups to the Calendar app means that there is a separate calendar that lists all the activities that are planned by your family group. This feature might come in handy to remember those family gatherings that you otherwise end up forgetting.

Android Police points out that users can only be part of one family group at a time and can change family group membership only once every 12 months.