Google still trails behind Facebook when it comes to overall downloads for 2019 however. 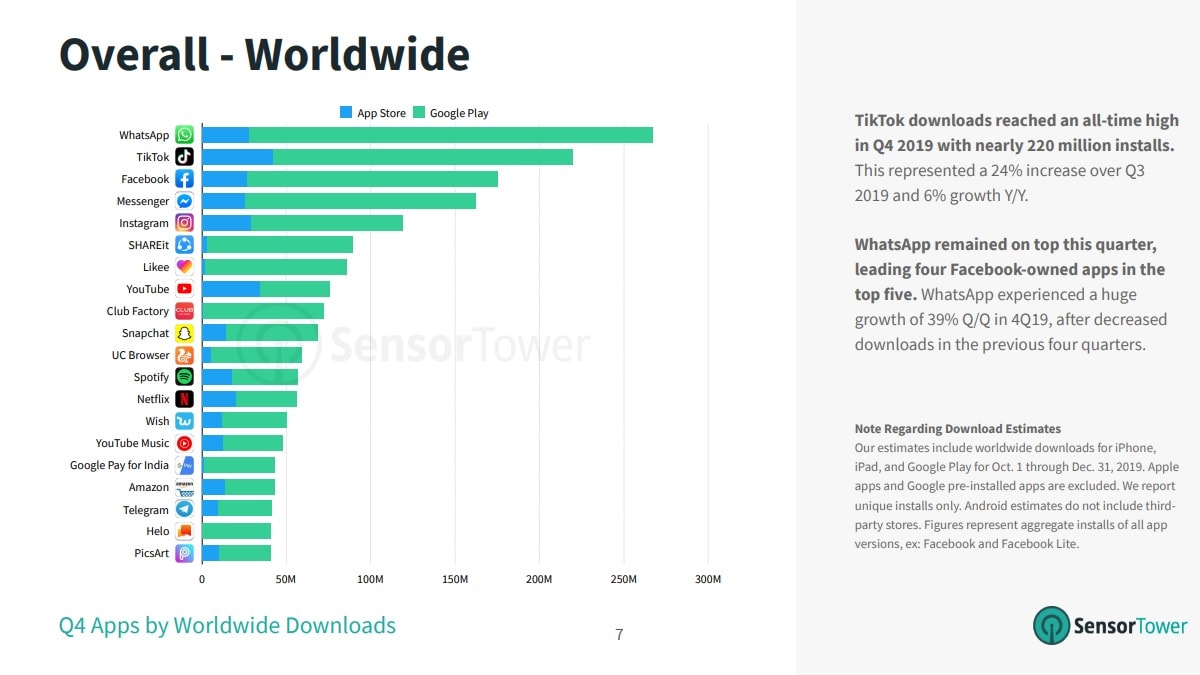 WhatsApp led the worldwide app download charts in Q4 2019, as per the Sensor Tower report

Google has, for the first time in five years, unseated Facebook as the top publisher of mobile apps in Q4 2019. The US-based search engine giant in the last quarter of 2019 amassed close to 850 million downloads compared to Facebook‘s nearly 800 million, analytics firm Sensor Tower revealed recently.

When it comes to overall downloads for the year, however, Google still trails behind Facebook.

The figures show that TikTok downloads reached an all-time high in the fourth quarter (Q4) of 2019, with nearly 220 million installs, which represented a 24 per cent increase over Q3 2019.

Sensor Tower also reports that TikTok's revenue grew by a massive 540 per cent year-on-year in Q4 2019.

Additionally, Disney+ was downloaded more than 30 million times in Q4 2019 in the US, which is more than double of its next nearest competitor, TikTok.

In terms of revenue, Disney+ grossed more than $50 million in its first 30 days, beating out other subscription video on demand (SVOD) rivals, like HBO NOW and Showtime.