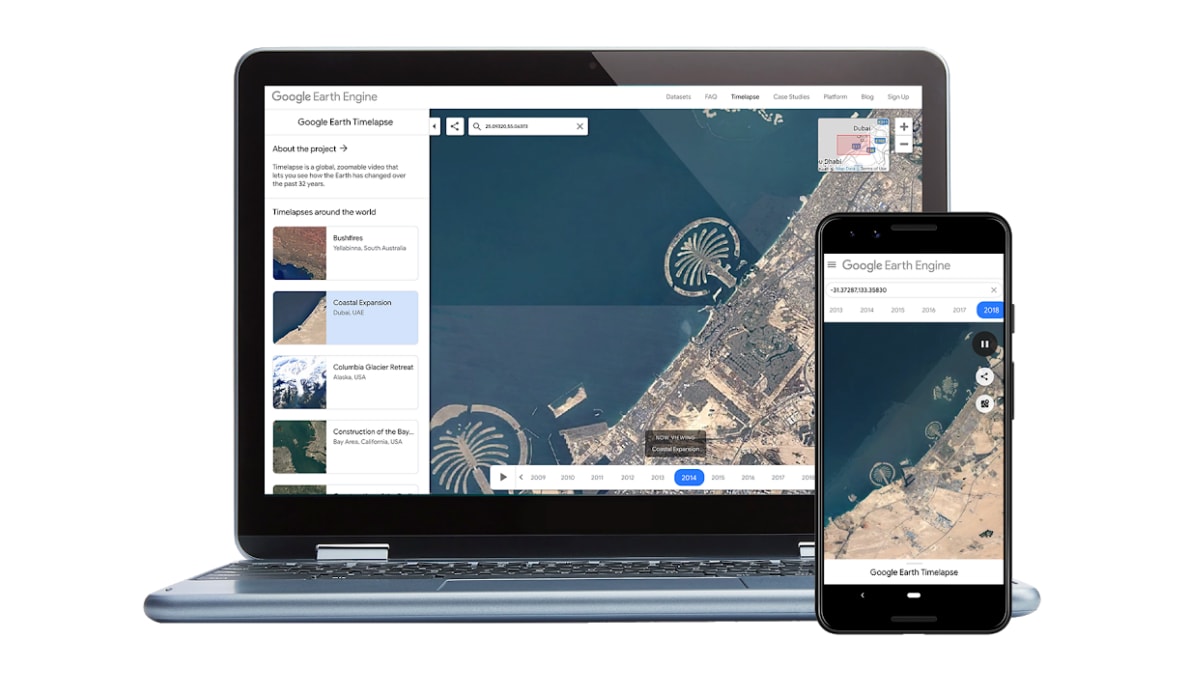 The year was 2013 when Google released a timelapse visualisation of the Earth for the very first time. The update to it came in the year of 2016, bringing a better visualisation built on an interactive experience allowing people to explore changes to the Earth's surface. Fast forward to the present day, and Google has brought a new update by adding two additional years of imagery to this time-series visualisation, while also making it available on mobile. With this, people will get to explore the last 35 years of our great planet.

Google has added several new updates to the Google Earth Timelapse, with the biggest addition to it being the ability to now experience it on your mobiles and tablets, which makes the experience more intuitive. According to the blog post shared by the company, up until now, mobile browsers had disabled the ability to autoplay videos, which is very important for viewing time-lapse videos. But with the new update, Chrome and Firefox have added support for autoplay videos, thus allowing Google to add mobile and tablet support.

With the help of the Google Earth Engine, the company is bringing 35 years (1984 - 2019) of imagery of what all has changed on earth. Besides this, the company has also combined more than 15 million satellite images that come directly from the U.S. Geological Survey/NASA Landsat and European Sentinel programs.

Google Earth Timelapse is based on Google's material design language with a simple and clean interface to go with. Additionally, a new “Maps Mode” toggle has been added for use on mobiles and tablet that will let users navigate the map through Google Maps. Launched back in 2013, if you want to experience the evolution of earth since 1984, then you better give Google Earth Timelapse a try.

PayPal to Invest $500 Million in Uber: Refinitiv IFR
Facebook Being Investigated by New York Over Storage of 'Unauthorised' Email Contacts