Before Google Earth added this new functionality, the sky around the globe was plain black, which didn’t look very realistic. 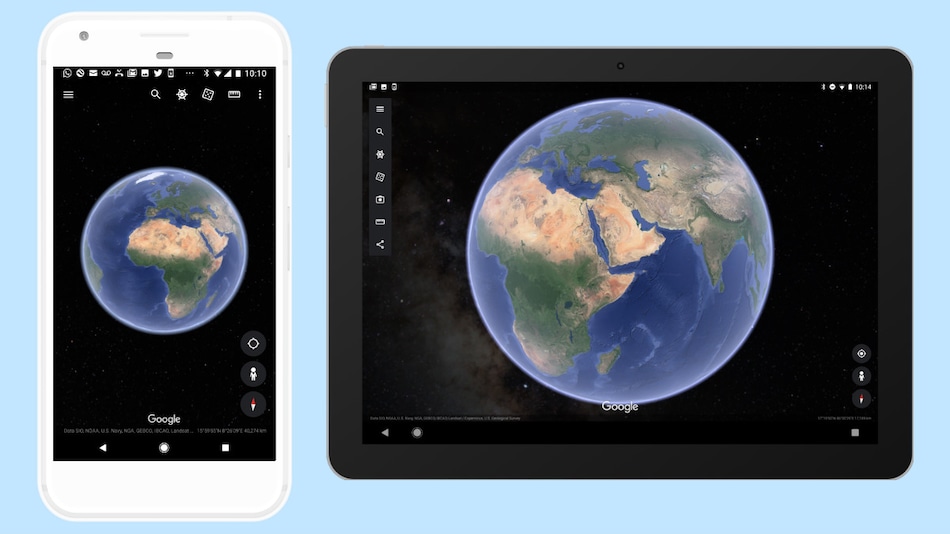 Now look at the stars right in the palm of your hands, with Google Earth mobile

Google Earth for mobile will now let users get a wide view of the stars in our universe. Yes, the feature that up until now was only available on Google Earth for the Web and Earth Pro, has also made its way for smartphones and tablets. For those who don't know, before the search giant added star imagery to the Google Earth mobile app, the sky around the globe was plain black, which didn't look very realistic. Well, now everything changes.

As per Google's blog post, the company says that because the modern age smartphones and tablets have become powerful, the company has been able to bring the quality of Earth's web and Pro versions to most of these devices, and it won't be something limited to just desktop and Web.

So, how does this new feature work? Well, you simply go to the App Store on your Apple device, or you go to the Google Play Store on your Android device, and update the Google Earth app to its latest version or install the app if you haven't already. Once done, when you open the app, you'll now be able to see a view of the stars as you zoom out from the globe on your device. Moving on, just rotate the globe to see the beautiful images from our Milky Way galaxy, which by the way has been collected from the European Southern Observatory, depicting the stars as they'd appear to a space explorer at a point some 30,000 miles above the planet.

According to the company, “Realism is important to us—we want people using Google Earth to see our planet in context with our place in the universe.” Additionally, the company has also added animated clouds that show weather patterns around the globe, which you can access from the app's Voyager guided tour.

Lastly, Google thinks that all kinds of people use Google Earth which includes scientists, environmentalists, government and non-profit workers, and global citizens. And with the new feature, the company hopes that people who simply love exploring the planet will enjoy this new opportunity to stargaze on the Google Earth app.