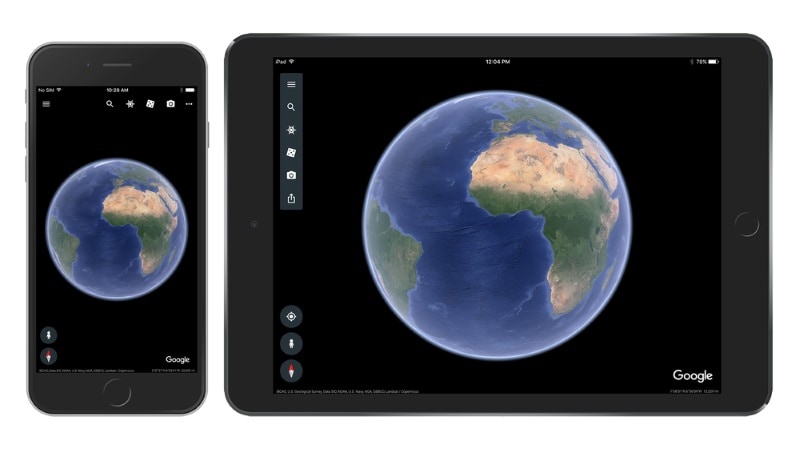 Google Earth app on iOS has been stagnant due to lack of frequent updates since its launch and this is why it was widely believed that Google might let the app die when iOS 11 rolls out in September widely and Apple officially ends the support for 32-bit apps on its platform. However, the search giant has now rolled out a new update that has not only secured the place for Google Earth on App Store but also introduced other features.

Google has brought the brand-new version of Google Earth, which was unveiled back in April for Chrome and Android, to iOS as well.

While Google Earth was a 32-bit app on iOS till now, the latest version 9.0.78 update also brings along 64-bit support, preventing its departure following the launch of iOS 11. With the update, the search giant has added Voyager feature that allows users to find detailed multi-day itineraries for 17 cities from around the world.

"Discover a new exhibit with Museums Around the World or follow in the footsteps of the Fab Four with Beatlemania. With more than 140 stories in eight languages, Voyager has travel ideas for just about everybody," the search giant said in its blog post. The new version of Google Earth comes with "Knowledge Cards" that provide users with information about places when they search for them.

With the version 9.0.78 update, Google Earth users can choose the "I'm Feeling Lucky" option to land up on new places around the world.

Users can also create postcards from the places they find in Google Earth by simply pressing the camera icon in toolbar to take pictures. If you want to click best postcard pictures, you can use the 3D view within the app by using two fingers and tilting the map.