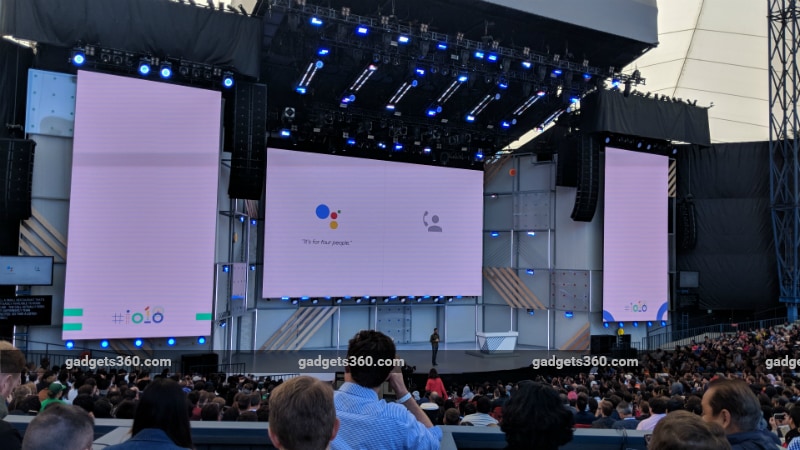 Google Duplex, the Mountain View giant's upcoming futuristic AI-based voice calling technology for Google Assistant, was showcased at the company's annual developer conference - Google I/O 2018 - earlier this week. But, ever since the announcement, Duplex has created a stir in the tech industry around ethics and disclosures. Having come close to beating the Turing Test, Google has now confirmed that Duplex - when it comes to market - will ship with proper disclaimers making known its robotic identity to the recipient of the call.

The Turing Test, according to Wikipedia, is a test of a machine's ability to exhibit intelligent behavior equivalent to, or indistinguishable from, that of a human. Google CEO Sundar Pichai, at the I/O 2018 keynote showed off Duplex that sounds extremely human-like, making sounds like "uh" and "mmhmm" during phone call reservations. While Pichai - in his demo - did not reveal any disclosures will be present, Google has now assured the industry that proper measures will be taken when the product is released to the public.

"We understand and value the discussion around Google Duplex - as we've said from the beginning, transparency in the technology is important. We are designing this feature with disclosure built-in, and we'll make sure the system is appropriately identified. What we showed at I/O was an early technology demo, and we look forward to incorporating feedback as we develop this into a product," said a Google spokeswoman in a statement to CNET.

After numerous reports of possible ethics violations that include not explicitly offering a differentiation between human and software, Google said they will possibly be addressed in the updates to follow. The report also suggests that the search giant is looking for the best ways to handle disclosures, and hasn't taken a decision yet.

Google Duplex, while showcased with huge potential, is still very much a work in progress. It is an early experiment and a lot of its elements are expected to get altered as it makes its way towards developers and, finally, consumers. It could prove to be a true game changer if indeed implemented correctly.