Google Duo on Web will enable users to start a group video call with anyone with a Google account. 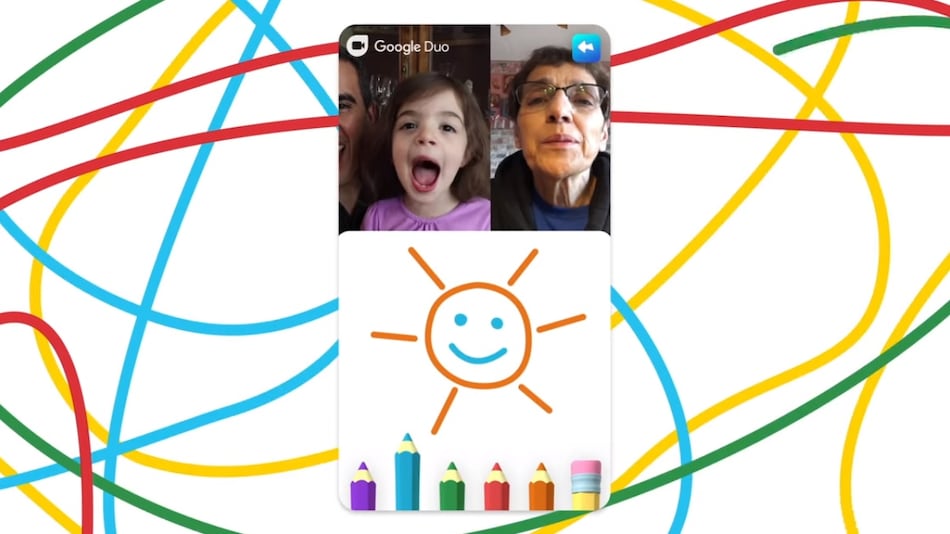 Google has confirmed that it will introduce the ability to make group calls via Google Duo on the Web, starting as a preview on Chrome, in the coming weeks. To reduce its reliability on contact numbers, Web version will allow users to start a call with anyone who has a Google account. The video calling app has also got a new Family mode that lets you doodle during video calls and try out fun effects and masks. The tech giant, in addition to bringing masks and effects to Family Mode, is also bringing a new Mother's Day effect for everyone in a one-on-one video call on Android and iOS.

Starting with Google Duo on Web, Google says that it will soon allow Duo for Web users to make group calls. The new feature will be rolled out in the coming weeks. Its preview will first be available on Chrome, and broader rollout should commence eventually. The new Duo on Web group calls feature will enable users to start a video call with anyone with a Google account by sharing unique link with them. This new feature comes just a week after Google was reported to be working on allowing people to contact other users by using just their email address – reducing its reliance on phone numbers to make calls. The tech giant hasn't mentioned an exact rollout timeline for this feature. To recall, right now, you can make one-on-one calls using Google Duo on the Web.

As mentioned, a new Family mode has been added to Google Duo that allows users to get on calls with family members and use unique features while on video call. To start this feature, head to the menu icon and then tap Family to get started. It brings the ability to doodle on video calls for everyone to see, and there are new masks and effects that have been added. This includes a new astronaut mask and a cat mask, alongside the other existing in-app ones that have been available for a while. In the Family mode, the mute and hang-up buttons are hidden when you play together. Google says that this new family mode is available when signed into Duo with your Google account. However, we weren't able to see this feature inside the app at the time of writing. Google may be conducting a staged rollout, and it could take a while before all users are able to see it.

Lastly, Google has also added a new Mother's Day effect inside the Duo app wherein it lets you transform into a flower bouquet for your mom when wishing her tomorrow. This new effect sits alongside a host of other effects already available in-app. Unlike Family mode, Gadgets 360 was able to spot this new effect on Google Duo. Ensure that you are on the latest version of the app if you aren't able to see this new effect yet.