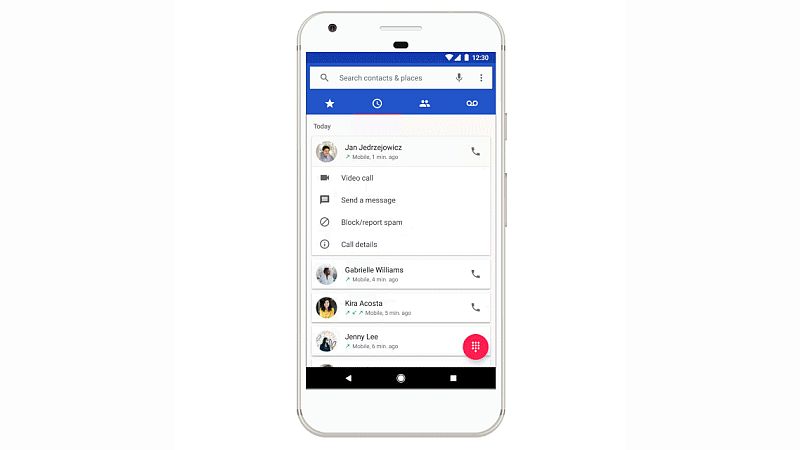 Google has just simplified video calling for Android users with its integration of Google Duo. The company will let Android users start a video call directly from within the Google Phone, Contacts, and stock Messages app. The new move by the company essentially ties Duo app deeper into the Android ecosystem, and follows similar integration into the Pixel 2 and Pixel 2 XL, as expected. Google has also promised that by later this year it will add the ability to upgrade to an ongoing voice call to video with just a tap.

The initial video calling integration has started with Google-supported devices, namely, the original Pixel, Android One, and Nexus devices. "We're working with our carrier and device partners to bring this experience to more Android devices over time," said Jan Jedrzejowicz, Product Manager, Phone app at Google in an announcement blog. We're already seeing the integration on the Phone and Contacts app of the Nexus 6P, however, not within the Android Messages app yet.

Google also revealed that users will be directed to ViLTE video calls if both the parties are using a carrier that supports the feature. Primarily, Google's video calling app Duo will be the main app that will make video call to anyone with the app installed.

Google clears that users will have to run the latest versions of the Phone (v13.0), Contacts (v2.1), and Android Messages (v2.6) app to support the feature. The new video call feature will be currently visible to users running Android 7.0 Nougat and above - Google notes the integration is only applicable for those manufacturers that have made video calling available to users.

Echo Dot, Echo, or Echo Plus: Which One, if Any, Should You Buy?
Yahoo Cricket App Revamped for Real-Time Updates, Rich Content