The new Google Docs ‘Show Editors’ feature is available from May 3. 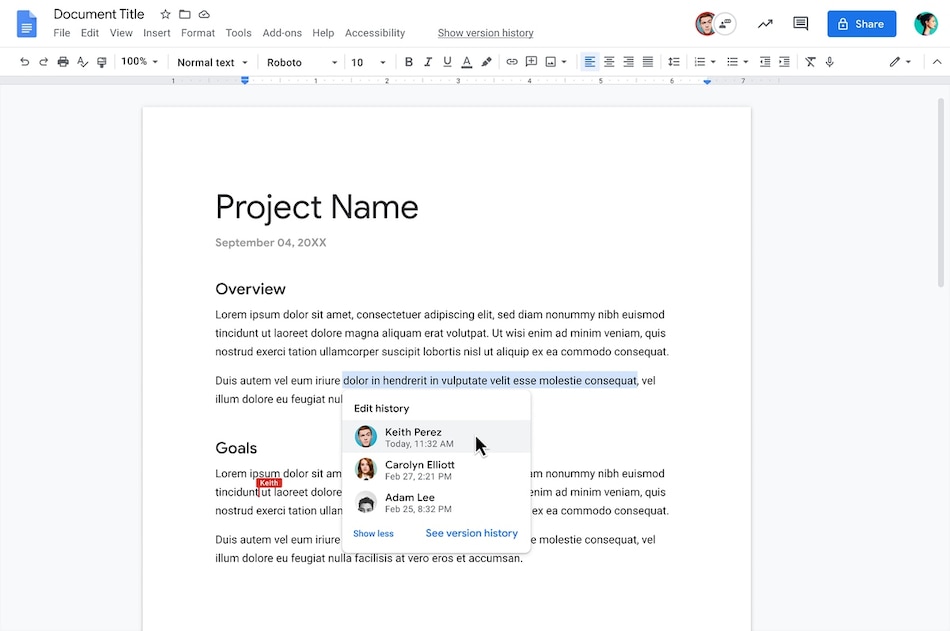 Google Docs is adding a ‘Show Editors' option to easily keep track of who is making what changes in a shared document. The new feature will allow users to select part of the text in a document and see who edited it. This will make it easier to track edits when multiple collaborators are working on a single document. Google is rolling out the update in two phases. Accounts that opted to be in the Rapid Release domain can already see the changes, while Gradual Release domain accounts started receiving it gradually from May 3. The latter will see the effects on their Google Docs versions in about 15 days.

Announcing the update through a blog post, Google said the changes in the Google Docs functionality that now gets a ‘Show Editors' option, will allow users to highlight a piece of text and right click on it to see who has edited it recently via a dropdown menu. This will show them a list of editors along with their recent edits and respective timestamps. Additionally, users can also view the version history of each edit. The new feature will not have any special admin privileges.

Last year, Google announced that iOS users will be able to edit Microsoft Office files using Google Docs, Sheets, and Slides. The feature was first introduced to its Web apps in 2019 and subsequently released to the Android apps.