The feature will come to most Google Docs users after April 20. 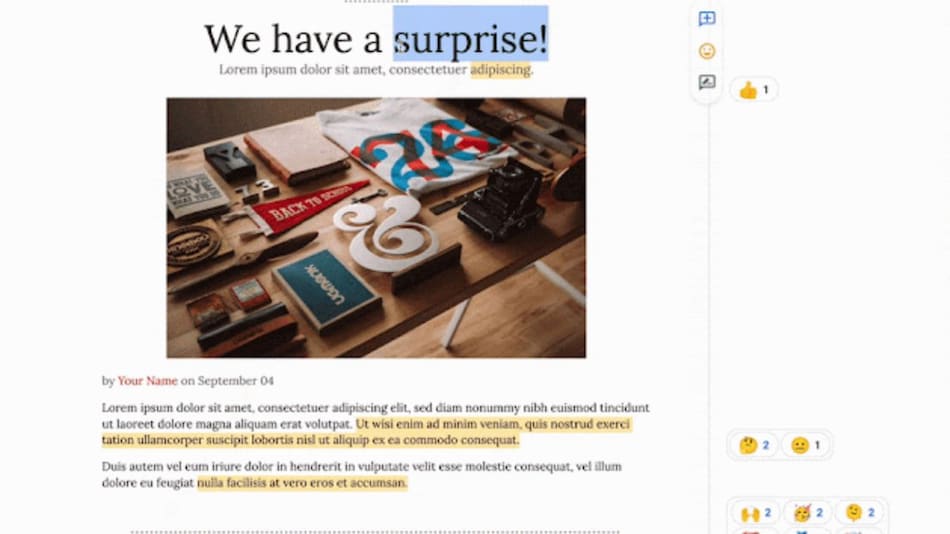 Emoji, the most viable form of expressing our feelings on social media, has found its way to the Google Workspace for users to now react to any content on Google Docs, simply using a symbol instead of writing a comment or remark on it.

In a Google Workspace update, Google announced that the feature supports all the emojis in the latest release. These include gender-neutral options as well.

The emoji reaction feature will appear as a third option alongside 'Add Comment' and 'Suggest Edits' when you highlight text. According to Google, these responses provide a less formal alternative to comments.

"Giving and receiving feedback is a key collaborative workflow in Google Docs. The new emoji reactions feature provides a less formal alternative to comments to express your opinions about document content," Google said on its announcement blog.

Emoji reactions are coming to Google Docs at a time when the service is undergoing a big overhaul with its expansion from being a word processor into more of a remote working collaboration tool.

Google is now rolling out for rapid release domains, but the feature will come to most Google Docs users after April 20.