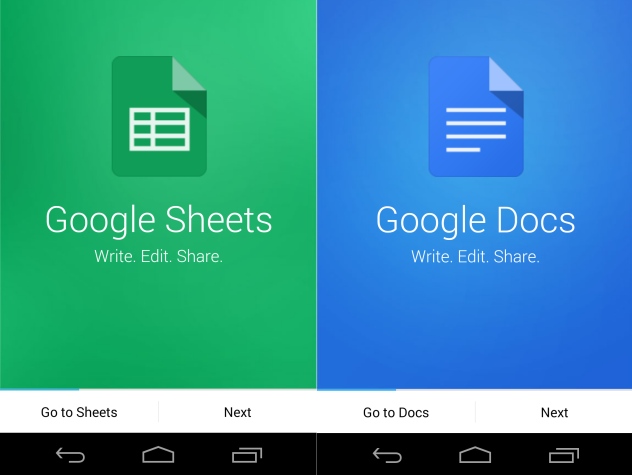 Google, before rolling out its new Material Design to Docs, Sheets and Slides for the Web, has started rolling out an update with a similar design as well as some new features to its Docs and Sheets apps for Android. No mentioned was made about a similar version for iOS.

Notably, the update comes soon after Google announced it was shutting down the QuickOffice app for Android and iOS, and soon after it released the Slides app for Android. Google had launched the first standalone Docs and Sheets apps with offline editing capabilities in May.

As noted, the new updated Google Sheets and Docs app fits into the recently introduced Material Design for Docs, Sheets and Slides for the Web. There is a new floating '+' icon on the lower right corner to create a new document from anywhere within the apps. The apps also feature Android L compatibility.

The Sheets app for Android update comes with support for the much-needed formulas, which the user can now select from a list, like in desktop versions, instead of putting it manually.

Additionally, the updated Sheets app for Android lets users view files in xlsx format and export docs in the same format, as per Android Police. 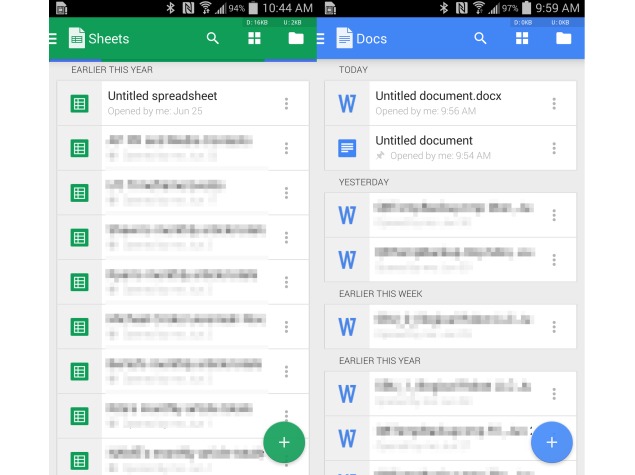 The new version of Google Sheets for Android also comes with a support for only viewing charts (such as pie graphs, line graphs and bar graphs), but not editing them (a feature recently brought to the Web version). Auto Fill is another feature added in the Google Sheets app.

The updated Google Docs app for Android on the other hand, with version number 1.3.251.9, brings an overhauled editing surface with the ability to create and edit Microsoft's docx files. Like the Google Sheets update, Google Docs now also has a floating '+' icon to create docs from anywhere within the app. Users can also open documents from their device's storage.

Some of the other new features in the Google Docs app for Android include fewer icons on the action bar, dictionary permissions for better spellcheck, a new details page, and the ability to export files in PDF and Word formats, reports Android Police.

Both the updated Sheets and Docs App updates are gradually rolling out via Google Play, and are currently not available in India. Users can however, update to the latest versions via the apk files provided by Android Police.