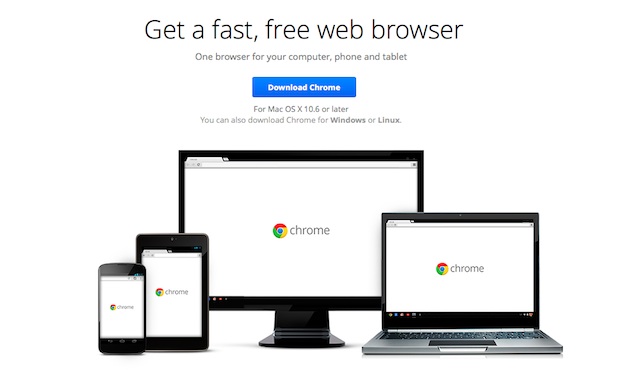 Google, on Tuesday, announced that it has launched test builds of a 64-bit version of Chrome for the Windows platform, specifically for Windows 7 and 8 users.

The Internet giant has introduced 64-bit builds of Chrome for Windows on its Dev and Canary channels.

On the Chromium blog, in an entry posted by Software Engineer Will Harris, it is mentioned that the new version once installed replaces the existing version of Chrome, whilst preserving all the bookmarks and settings, which eliminates the need to uninstall and reinstall Chrome. The post further goes on to detail the advantages that the 64-bit version will have over its predecessors. There are three advantages listed on the blog, namely speed, stability and security.

In terms of speed, Google says the 64-bit version will allow Chrome to utilise the power of the latest processor and compiler optimisations. A more modern instruction result set and a calling convention will supposedly also allow more function parameters to be passed by the registers. This according to Google results in improved speed, an average 25 percent increase, in the case of graphics and multimedia content.

Describing the security advantages of 64-bit Chrome, the blog mentions the utilisation of new Windows 8 features including High Entropy ASLR. This, Google says, will result in improved security on the 64-bit browser. It also supposedly helps better defend against JIT spraying, and improves the efficacy of existing security features like heap partitioning.

Listing the stability advantages, Google claims that it has observed a marked increase in stability in the 64-bit Chrome over the 32-bit Chrome. The crash rate is said to have reduced by half compared to the 32-bit version.

The Dev channel is updated once or twice weekly and is for developers to test new features before they arrive to stable buolda. The Canary channel is described by Google as the "most bleeding-edge official version of Chrome and somewhat of a mix between Chrome dev and the Chromium snapshot builds."

Google has not given any official dates for the launch of the new 64-bit version of Chrome for Windows on its Beta or Stable channels.