Google Classroom, Google Meet Gets Updated With Over 50 Features for Students and Educators

Google claims that more than 170 million students and educators worldwide already rely on its education suite. 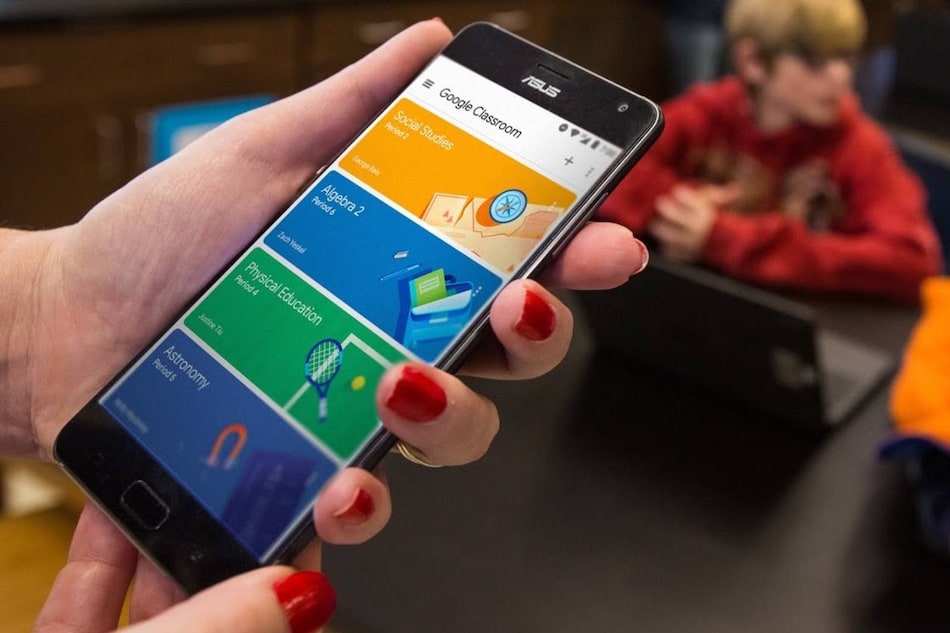 Google Classroom is getting an offline mode on Android devices

Google today announced more than 50 new features to its education-focussed products, including Google Classroom and Google Meet. Among other new features, Google Classroom is adding an offline mode and improved mobile grading. The US tech giant has also rebranded its existing G Suite for Education as Google Workspace for Education. This brings one-stop access to products including Google Classroom, Google Meet, and Google Drive. Google claimed that more than 170 million students and educators worldwide rely on its suite of tools.

To ease digital learning among students, the Android version of Google Classroom is receiving the official mode. It will allow students to start their work offline, review their assignments, access attachments in Google Drive, and write assignments in Google Docs — all without requiring an active Internet connection.

Google has also improved the grading system on the Android app to let teachers easily switch between student submissions and grade work while viewing an assignment and sharing feedback. The company is also bringing Classroom add-ons later this year to let teachers integrate their favourite third-party edu-tech tools and content into the Classroom interface, without any additional log-ins. These add-ons will be available to teachers using Education Plus or Teaching and Learning Upgrade on Google Classroom.

In addition to Google Classroom updates, Google Meet is getting updated with the ability to support multiple hosts to allow more than one teacher for each virtual class. It is also getting the ability to let teachers prevent students from staying on a call after they've left it, with an ‘End meeting for all' option. Educators will also get the option to mute all participants at once or select whether students can unmute themselves or not.

Google has also brought eight Indian languages to the Teach from Anywhere hub that debuted in April last year. The hub is claimed to have already helped more than nine lakh people with a remote teaching experience.

Products come under Google for Education, including Google Classroom and Meet, are also claimed to have attracted more than five lakh teachers and educators in Indian states like Maharashtra and Delhi attending webinars for pedagogy and skills development.

“This past year, the education community has inspired us with their creativity and resilience. This ability to learn, and teach, from anywhere is more important now than ever, and won't end when the pandemic does,” said Bani Dhawan, Head of Education - South Asia, Google, in a prepared statement.

Google is also bringing a new storage model to institutions using any of its Workspace for Education editions. It is aimed to ensure “fair distribution” of storage that will be limited to a baseline of 100TB. The new policy will come into effect from July 2022 for all existing Google Workspace for Education customers and will be implemented for new customers signing up in 2022.

“We will contact impacted institutions directly in the coming weeks to discuss a range of options for getting the storage they need,” the company said in a blog post.

Google is also updating its education suite with features such as saved drafts in Google Forums for Education Fundamentals and Google Meet meeting transcripts for users on Teaching and Learning Upgrade and Education Plus.